You know that moment an international icon and one of your own personal heroes calls you out of the blue?

Of course you don’t. Otherwise you would have written an internationally acclaimed touring production about it, which is exactly what award-winning performer Ute Lemper has done as a result of her 1987 phone call with star of stage, screen and gramophone, Marlene Dietrich.

“Dietrich broke all the rules,” Lemper explains. “She introduced a new emancipated self-confidence as a woman that was way beyond her time.”

Time is at the very heart of Lemper’s latest work for the stage, Rendezvous with Marlene.

It all started with Lemper’s breakthrough performance of Sally Bowles in the Molière Award-winning production of the musical Cabaret. Following universal praise for her performance, the media did what the media always does and proclaimed the young star as the new version of an established star.

On this occasion, Lemper was the new Dietrich. Out of respect for her idol, Lemper wrote the icon a postcard apologising for the intense media attention surrounding her performance and the comparisons that followed. What happened next is the stuff of legends and theatre.

“This one is coming from my heart,” says Lemper. “Audiences are in for an incredible story: history, fate, courage, style, politics, glamour and sex, talent and a huge career.” 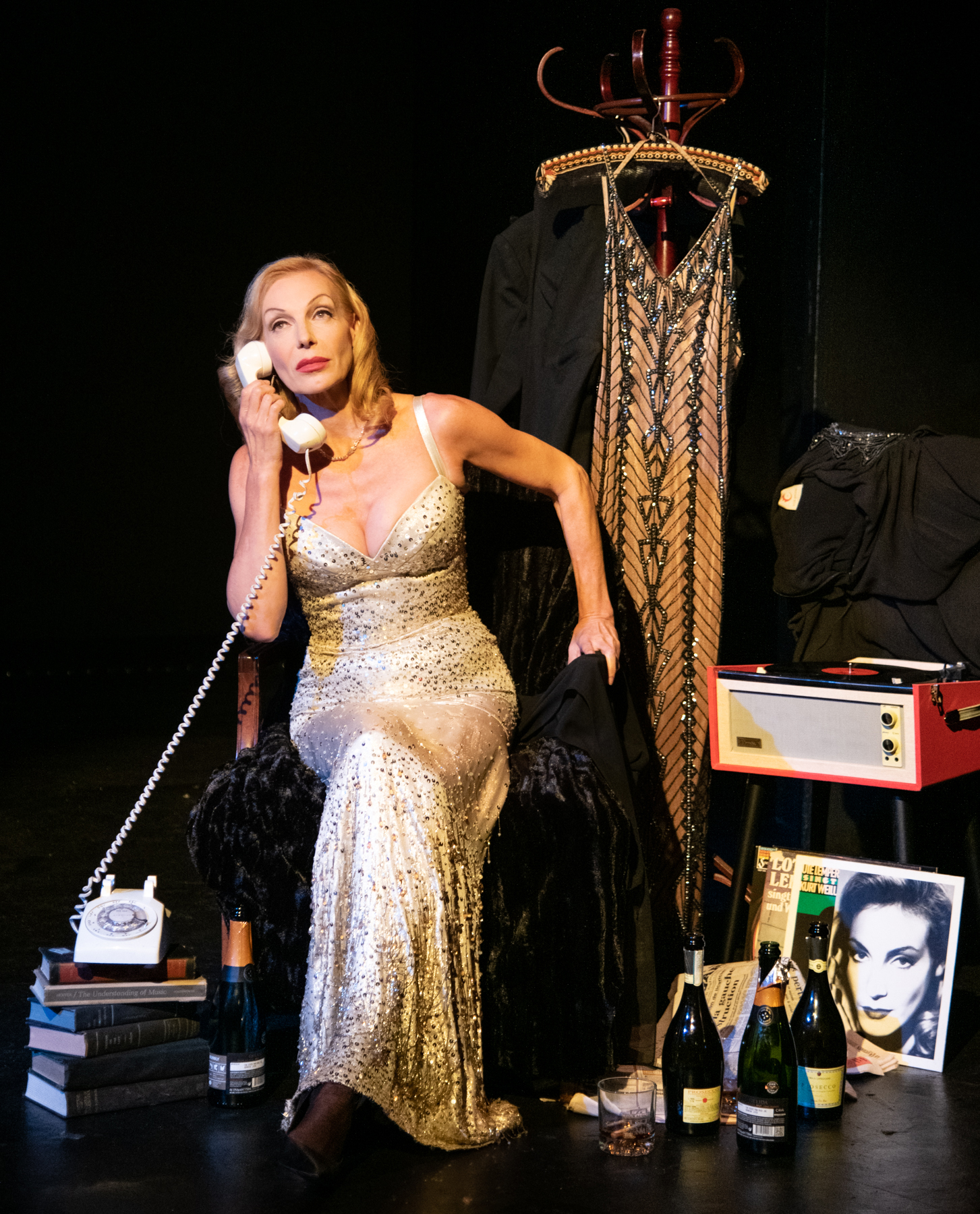 Any one of those themes would be enough for one story – but it is the bond that formed between the two women that allows Rendezvous with Marlene to cover such a broad spectrum. Whilst the catalyst for this bond may have been as a result of media attention, the true connection came following a three-hour telephone conversation between the two. Marlene received Ute’s postcard and, after a bit of intrepid detective work, tracked her down and called her.

“She was a free spirit,” Lemper recalls. “She was politically and morally outspoken and courageous. She was ladylike and bossy. She had class but loved whiskey, dirty jokes and a good smoke. Billy Wilder said she was a heck of a guy to hang out with.”

The comparisons between Dietrich and Lemper go far beyond the stage and delve deeply into the political and moral framework that Lemper refers to as courageous, “We are both kind of expatriates and have a complicated relationship with our birthland.”

Born in Munster, Germany, Lemper lived for many years in Cold War Berlin. “This divided Berlin had a huge impact on my artistic and personal identity,” she explains. 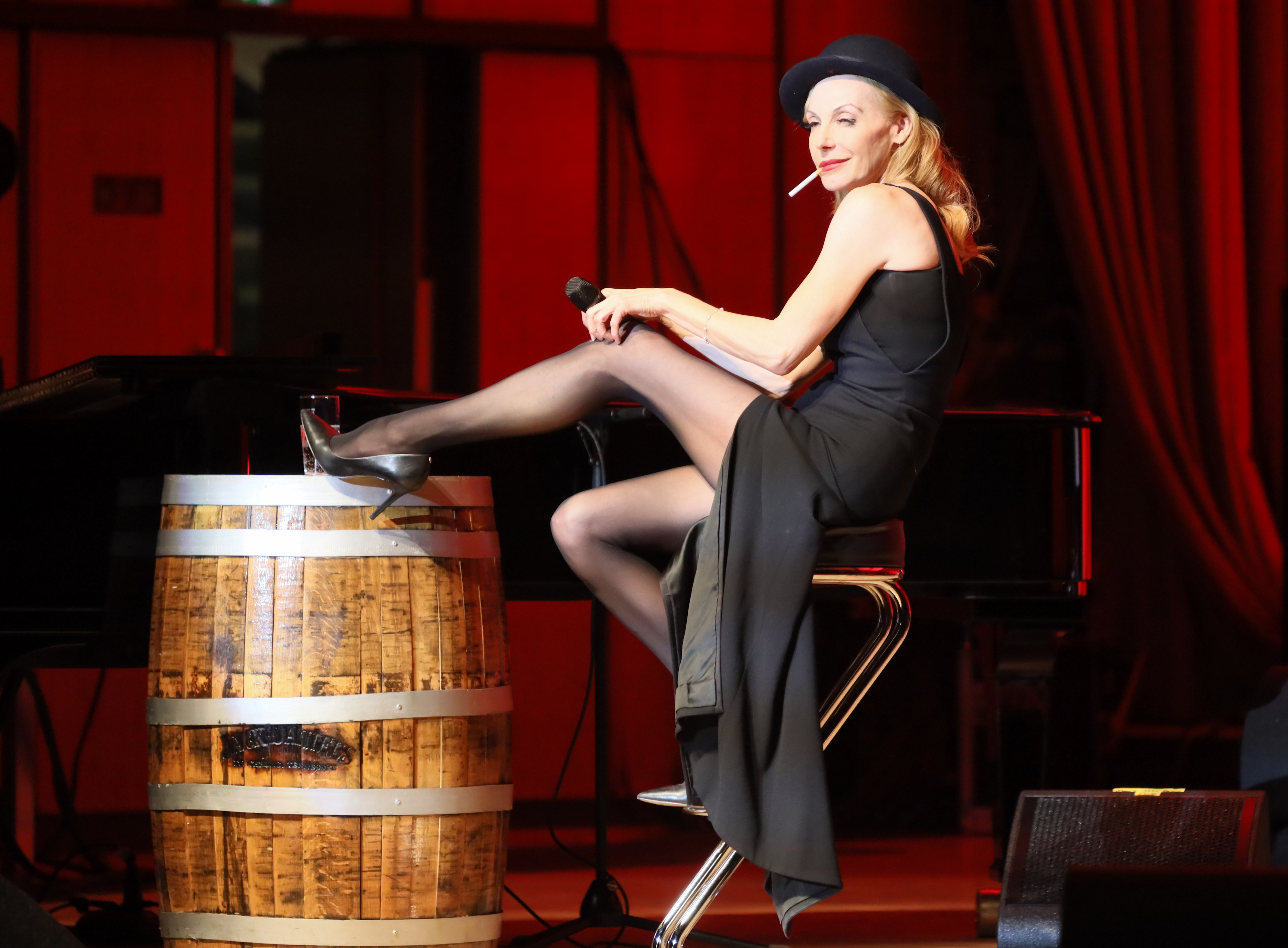 That upbringing has, it appears, left her with a heightened sense of empathy and powerful ability to cut straight to the chase. “I have four children, lots of real-life worries and responsibilities, and I am very passionate about not wasting my time in the shallow waters of small talk. I feel for people that are thrown into hardship with no rhyme or reason.”

With this, she launches into the political powder keg of 20th Century Germany and the lasting effect it has had on both women. “Marlene Dietrich lived in Berlin before the war, I lived in Berlin after the war. It was tough to deal with the German history that was put into my cradle.”

How did the weight of that history manifest itself artistically? “As an expressionistic sense of crude reality with a political awareness and a scream, in art, of pain and longing.”

It is with acute awareness that Lemper describes Marlene Dietrich’s relationship with her country of birth. “In the telephone call, she was very clear but sad and bitter about the despicable treatment the Germans gave her.” 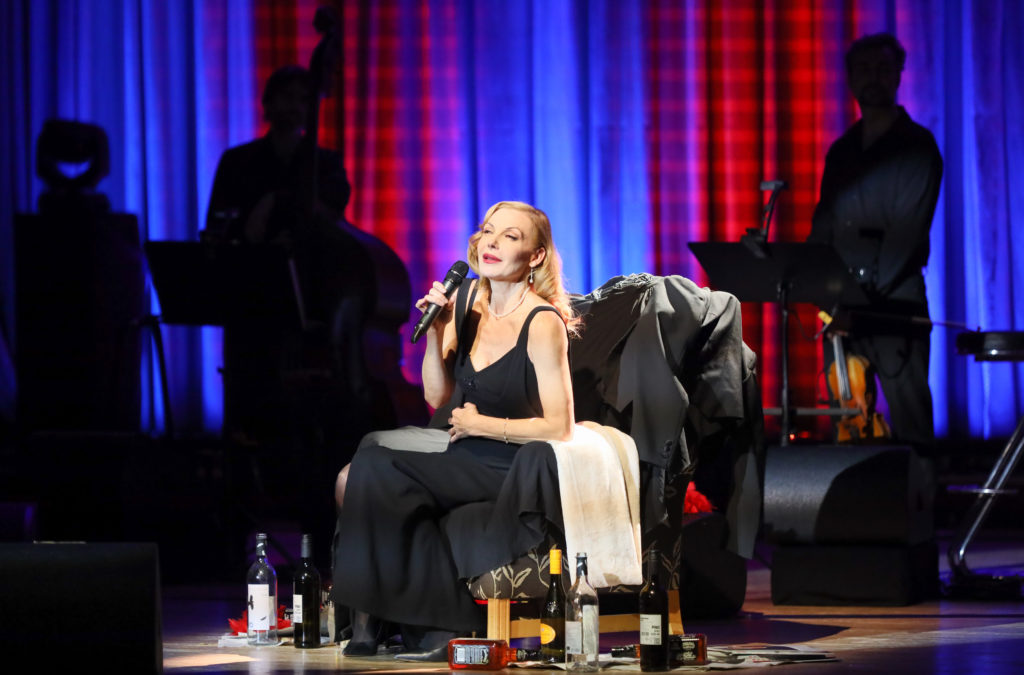 Having, as Lemper describes, ‘no choice’, Dietrich supported the American troops of World War II on the front line in their fight against Hitler and the Nazis. She was honoured for her bravery and courage in entertaining troops for two years. “Her home country never forgave her for this brave decision.”

Germany rejected Dietrich in the 1960s when she decided to sing for them and attempt a comeback. It was Lemper, however, that picked up the baton in the 1980s, “In 1987 I started recording the cycle of Kurt Weill and Berlin cabaret albums. This defined my connection to the Weimar Republic, as a protagonist of the songs of Jewish exiled composers.”

It was in 1988 that Ute Lemper sung the songs of Frederick Hollander and Mischa Spoliansky that Dietrich had sung 60 years earlier. This made Lemper the first German to record the repertoire since the end of WWII.

Lemper is kicking off the UK leg of her 2020 tour of Rendezvous with Marlene at St. George’s here in Bristol. How do the smaller venues compare to the larger concert halls she has performed in? “It doesn’t matter how big the hall as long as I can be authentic.” 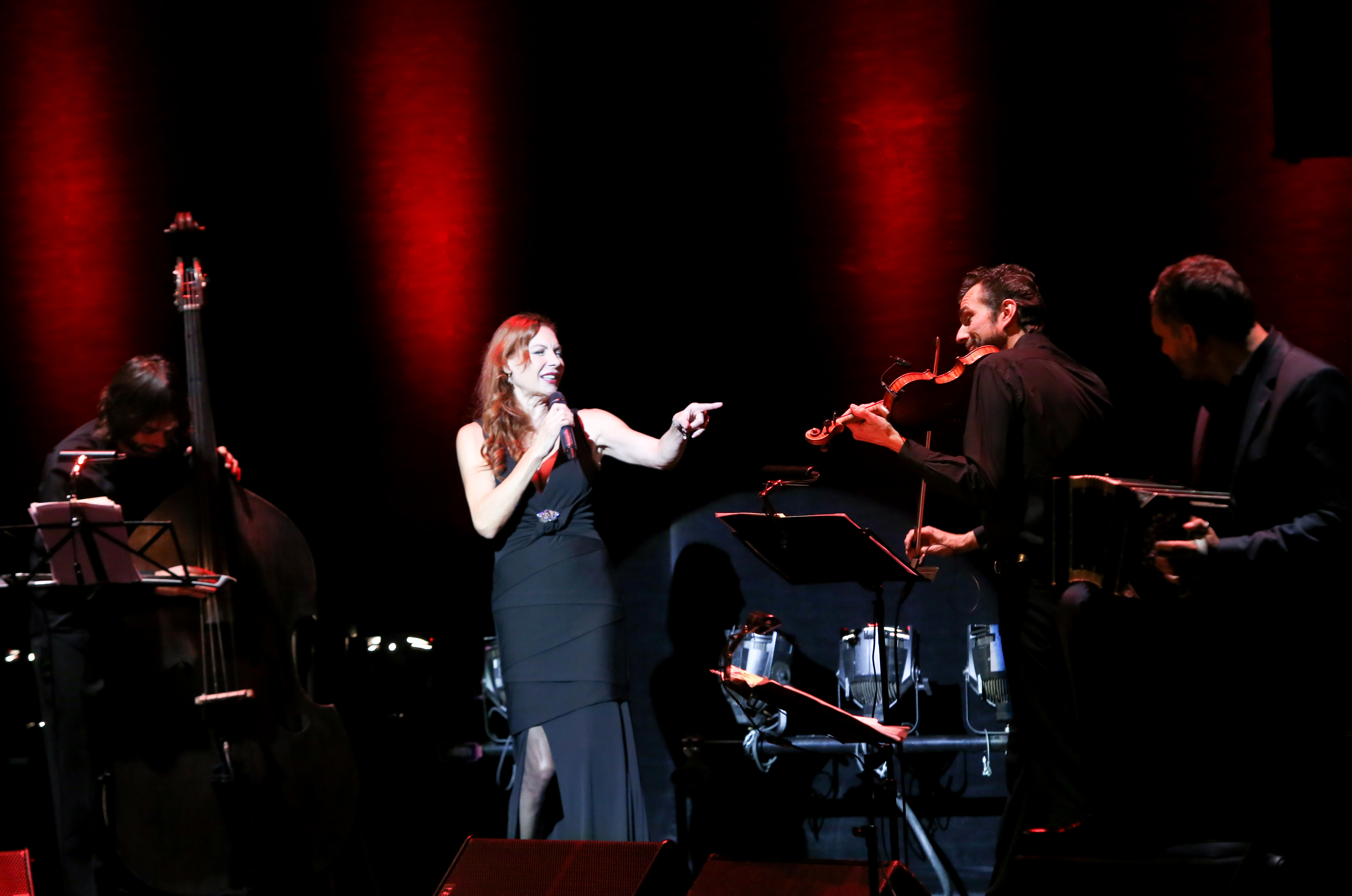 This level of authenticity and intimacy lends itself well to the confines of St. George’s. “This is a very theatrical show, so a smaller theatre is actually more suitable as it serves as a close-up into the heart and soul of the character.”

Putting politics and performance into sharp focus is critical for Lemper in the show. “We’re encountering a return to reactionary, nationalistic movements. The individual is so often ignored and neglected that it tries to grab any voice of power and rage to feel stronger. I find it terrible that people have so much room for hatred in their heart. It comes from despair, but is often uneducated and just demands war on others who are different.”

History repeating itself is a central component to Lemper’s performance and Rendezvous with Marlene sees her channeling Dietrich – not, as she asserts, in the manner of an impression, more of a theatrical conduit. “I tell her story through my eyes and sing her songs with my voice. She is using my body and voice to speak.”

This unique combination of two extraordinary women brings a message that lasts long after the lights have gone down. “This is the story I need to tell,” says Lemper. “My mission as an artist is to connect the universal understanding of love to humanity. The fact that history is being forgotten so quickly, without passing its lessons on to future generations, makes me mad.”

For full tour details and more about Ute Lemper: https://www.utelemper.com/shows/