In an interview with the New York Times, when asked why he wanted to climb Mount Everest, mountaineer George Mallory responded, “Because it’s there”. Mallory’s life ended on Everest in 1924.

German mountaineer Toni Kurtz met his fate on the Eiger. With the knowledge that he could go no further, he told his crew, “Ich kann nicht mehr”, before passing away.

“They always die” is Sarah’s response to Joe when faced with the news that he too wants to climb. Joe’s reply? “They always live.”

This is the spirit with which Joe Simpson approaches all of his projects – and it is with this level of fearlessness, ambition and drive that Bristol Old Vic approaches the Herculean task of bringing Simpson’s account of conquering Peru’s fearsome Siula Grande to the stage. 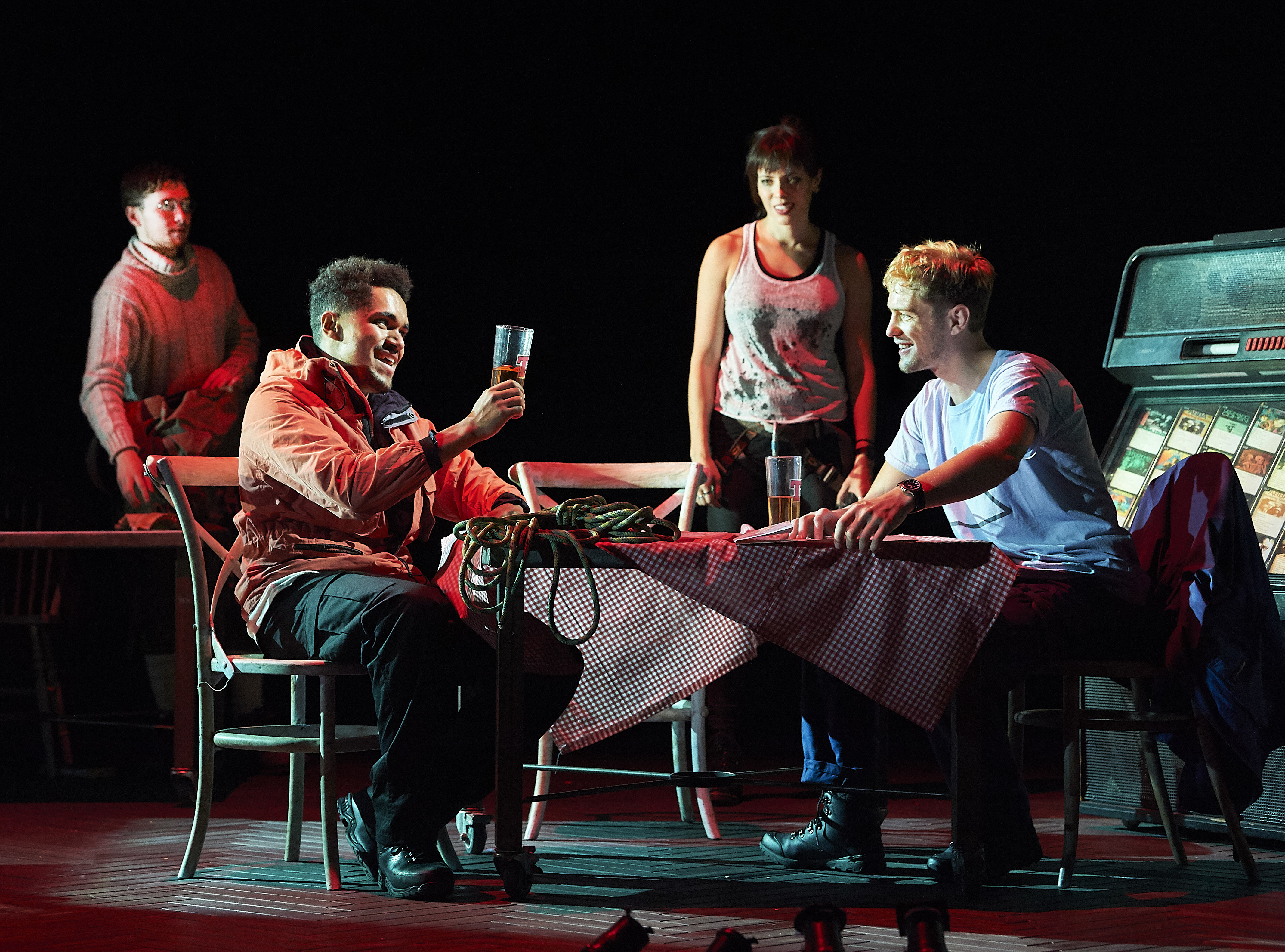 The action opens with a wake, a bottle of Jameson and a few bars of Joy Division, as Joe’s sister Sarah (Fiona Hampton), his climbing partner Simon (Edward Hayter) and friend Richard (Patrick McNamee) unpack, literally and metaphorically, what happened between base camp and the summit.

This production was never going to be a simple, faithful adaptation of either Simpson’s book or the docudrama that followed. As Joe says, “The trick with the void is not to fear it.”

The result is several disciplines stretched to their limit, coming together with extraordinary effect to create a brand new take on this remarkable story. 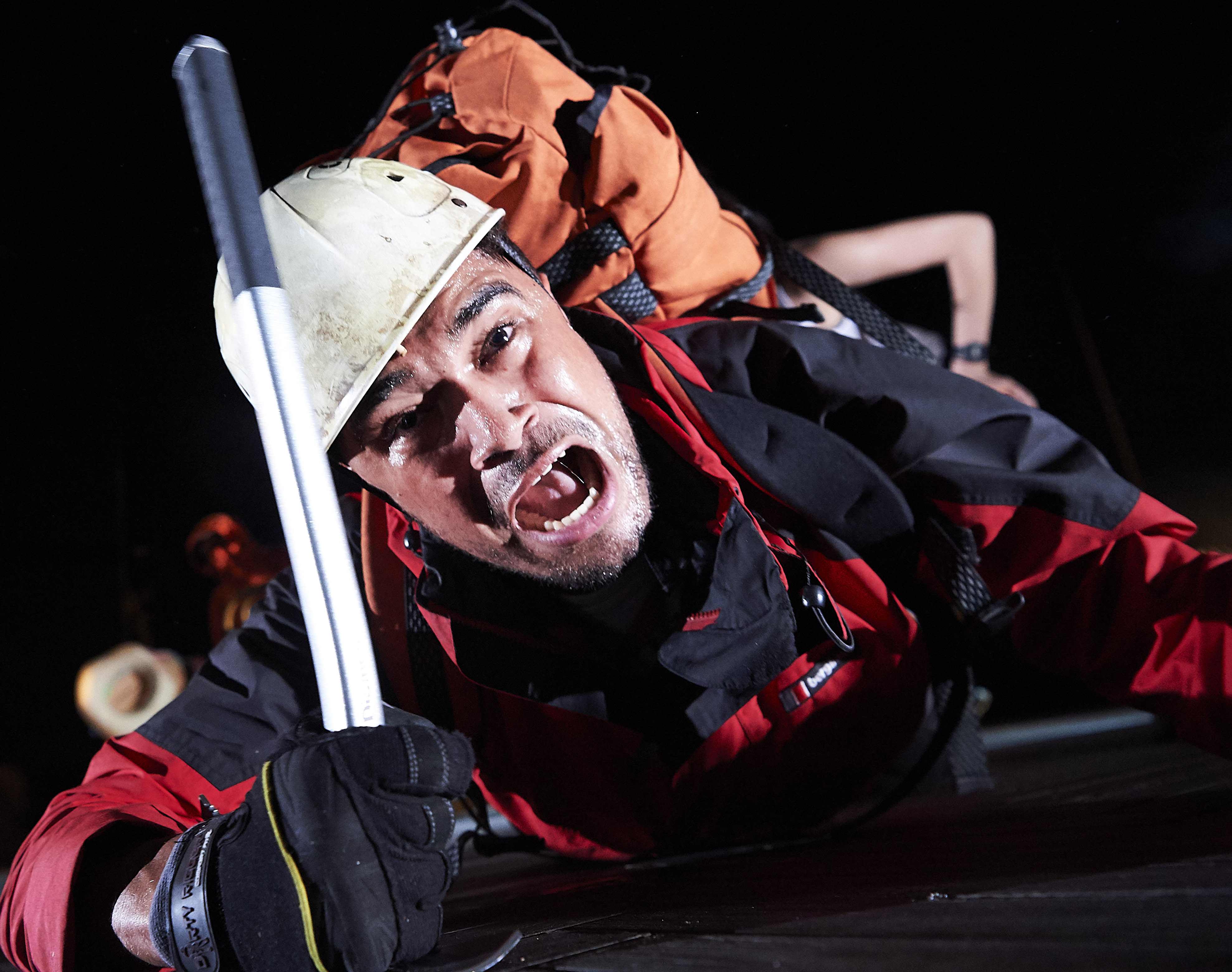 Episodic and non-linear, Bristol Old Vic’s Touching The Void taunts with ghosts and accounts both real and imagined, leaving the spectator on terrain as uncertain as Joe’s descent.

Ti Green and Chris Davey’s design is, in itself, both simple and spectacular. The vast Old Vic stage is rarely used, with action transferred to the downstage area. This allows the depth of the stage to be left open as a void all of its own, generating some beautiful theatrical sleight of hand. 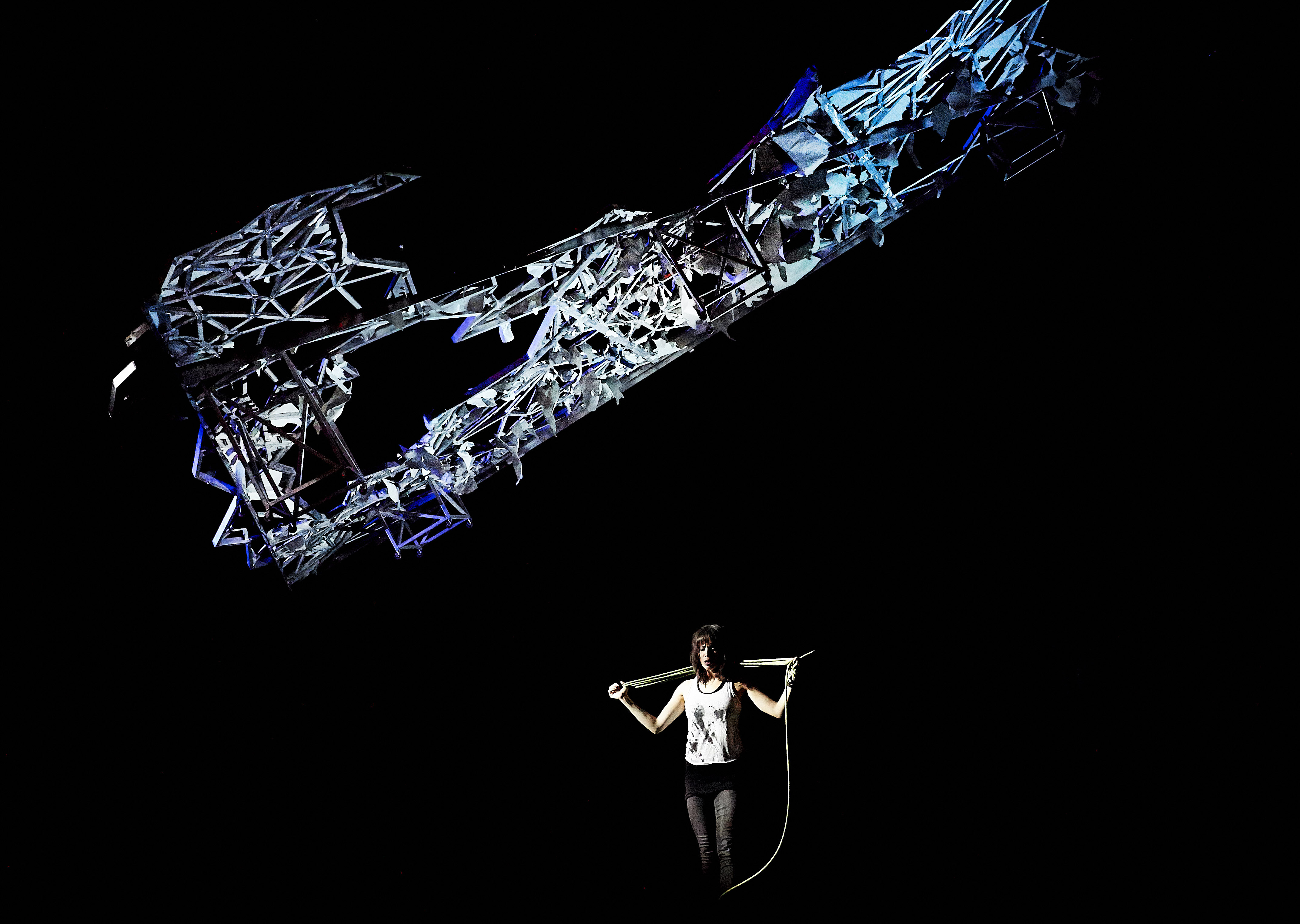 Jon Nicholls’ score is positively operatic. Whilst at times it may drown out what is being said on stage, it matches the physical action move for move, and would be at home in a Christopher Nolan movie.

You will also be hard pressed to find a harder-working (and fitter) cast in UK theatre. The climbing, use of the equipment and rope work seems effortless and expert: they’ll have been living and breathing this world for some time.

There is finely tuned delight in Patrick McNamee’s performance as Richard: slightly hapless, awkward yet entirely innocent. Never straying into caricature, McNamee often provides much-needed comic moments with such a light touch that they are never expected and always welcome.

Edward Hayter provides greater insight into Simon Yates than both the book and film offer. He’s something of the straight man to Simpson’s fall guy: however, his business-like ability to deal with his situation, and his ability to make the intricacies of a climb seem very simple, are enhanced by the gravitas and confidence Hayter brings to his performance.

The performances of Fiona Hampton and Josh Williams as Simpson siblings Sarah and Joe, though, are the true heart of Bristol Old Vic’s Touching The Void. As post-punk Sarah, Hampton’s grit and bravery places the audience at the centre of the story, leaving no stone (or glacier) unturned in getting to the bottom of what happened to her brother and discovering the true horror of the events on Siula Grande. 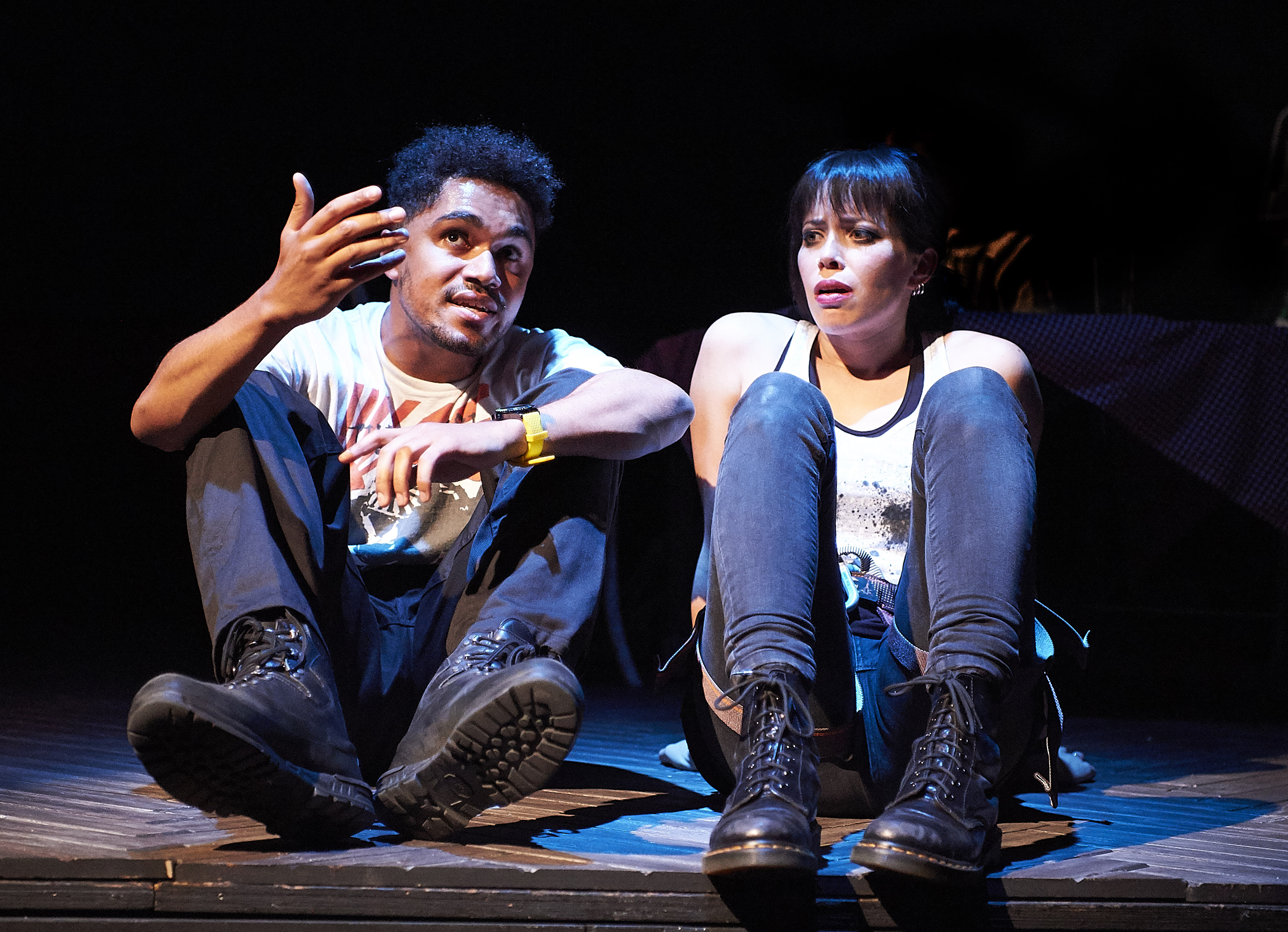 Josh Williams excels as Joe. So charismatic, so charming is he, that despite the absolutely bonkers truth of what lies ahead, you kind of want to accompany him. Williams never misses a beat, whether he be mid-hallucination, in excruciating pain or getting jazzed about the latest expedition.

What pieces this whole project together, however, is David Greig’s exceptional script and Tom Morris’ direction. Greig has conquered his own beast in composing a beat-perfect piece of prose (with the occasional verse) that matches the peaks and troughs of a monster climb in both rhythm and action.

Touching The Void is a theatrical triumph. Greig, Morris and the team have created a piece of theatre that excels beyond mere adaptation. It is as exhilarating and as exhausting as the climb itself – and as beautiful and awe-inspiring as the mountain Simpson and Yates set out to conquer.

Touching the Void continues at Bristol Old Vic until October 6. For more info and to book tickets, visit bristololdvic.org.uk/whats-on/touching-the-void