Previously on The Lancasters, Hal was a reluctant heir to the throne, choosing music, parties, Prince t-shirts and booze over a bit of nifty regal oration on the mic.

That is how director Elizabeth Freestone has chosen to open what is arguably Shakespeare’s most patriotic play. It is only then, over the passed-out, boozy body of Hal, does the Chorus (Joanne Howarth) invite the audience to allow the company to go to work on their ‘imaginary forces’.

Shakespeare at the Tobacco Factory (stf) have become renowned for, among things, an insistence on clarity and attention to detail. That is certainly the case with Freestone’s take on ‘What Hal Does Next’. 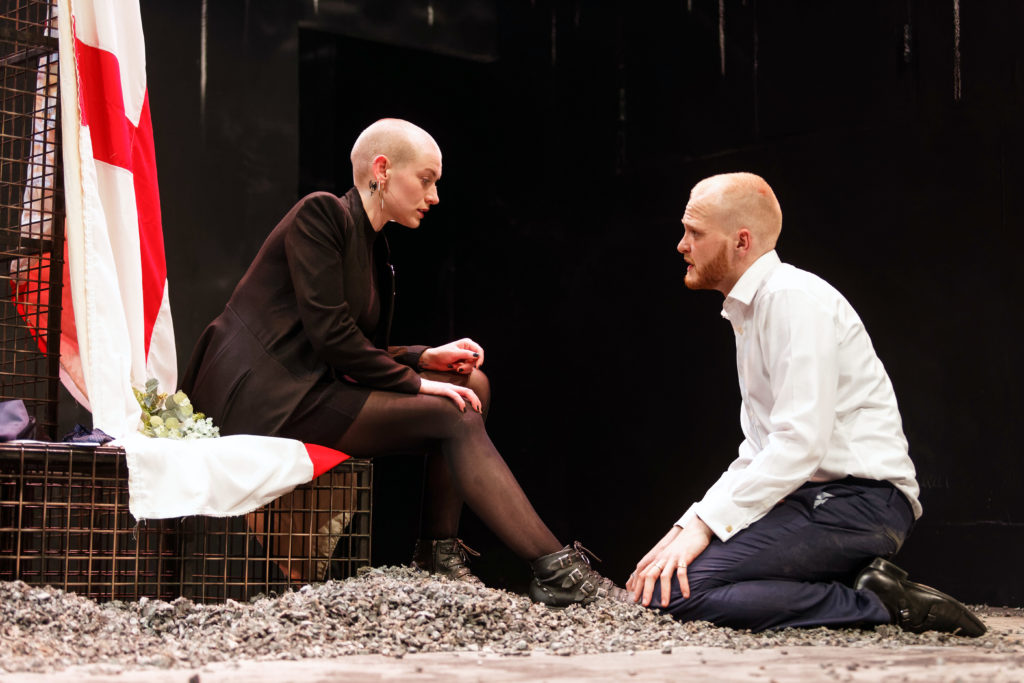 The distinct lack of colour in Lily Arnold’s design compliments the bleak tone of the play beautifully. The contemporary dress and metallic tones reinforce Freestone’s concept that all is not ocean and roses in the Henry camp, even after victory.

What you want from Henry V is an actor who can deftly and dynamically switch between the reluctant monarch Henry and the carefree everyman Hal and here, Ben Hall succeeds. His delivery is assured and he is at ease with both oration and conversation. If the ‘Once more unto the breach’ speech falls short of inspiring, it still remains true to the world that has been created.

And therein lies the problem. 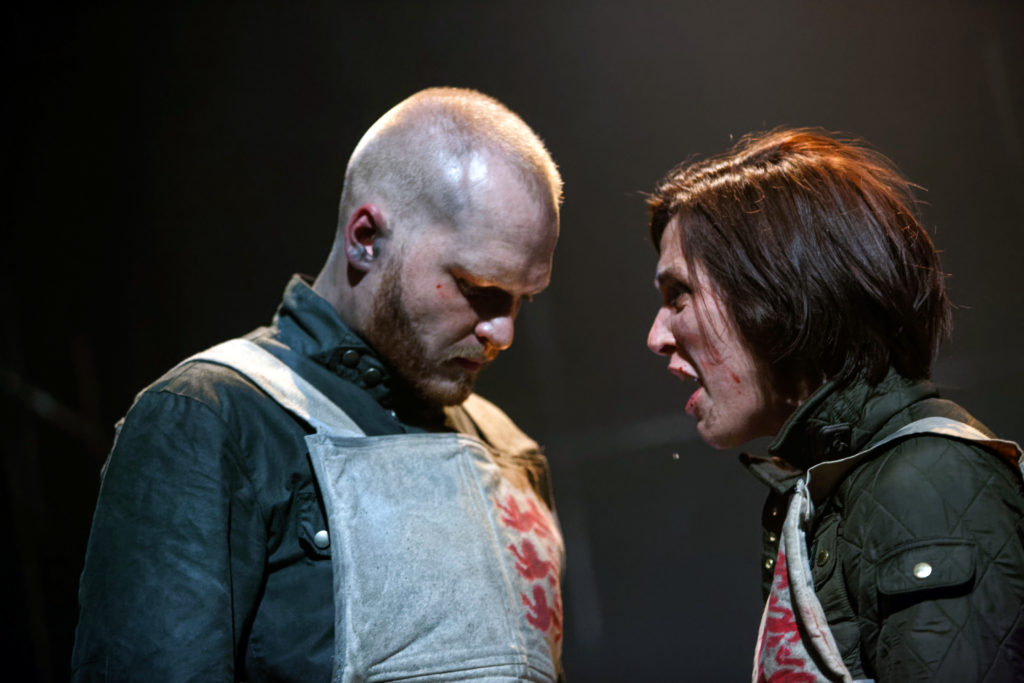 Henry V is a play that spins multiple plates: Hal struggling with his new role, a divided nation and warring countries. Working from inside out, it is a play that deals with conflicting personal, domestic and international issues. The stakes are high, and every moment matters.

Whilst the stf cast are uniformly working their Union Jacks off, it never truly feels bigger than the space they are performing in. Howarth’s Chorus at the beginning is warm and conversational: she comes across as an academic mid-lecture series, keen to convey meaning but, in doing this, fails to impart passion.

This is true of the production as a whole. The comic characters (and we know they are comic characters, thanks to the Hawaiian shirts and Cockney accents) are so heavy-handed with the banter that the much-needed light in amongst the shade is lost. Lighter moments are heavy-handed, so that the sense is drowned out by unnecessary business and over-burdened activity. 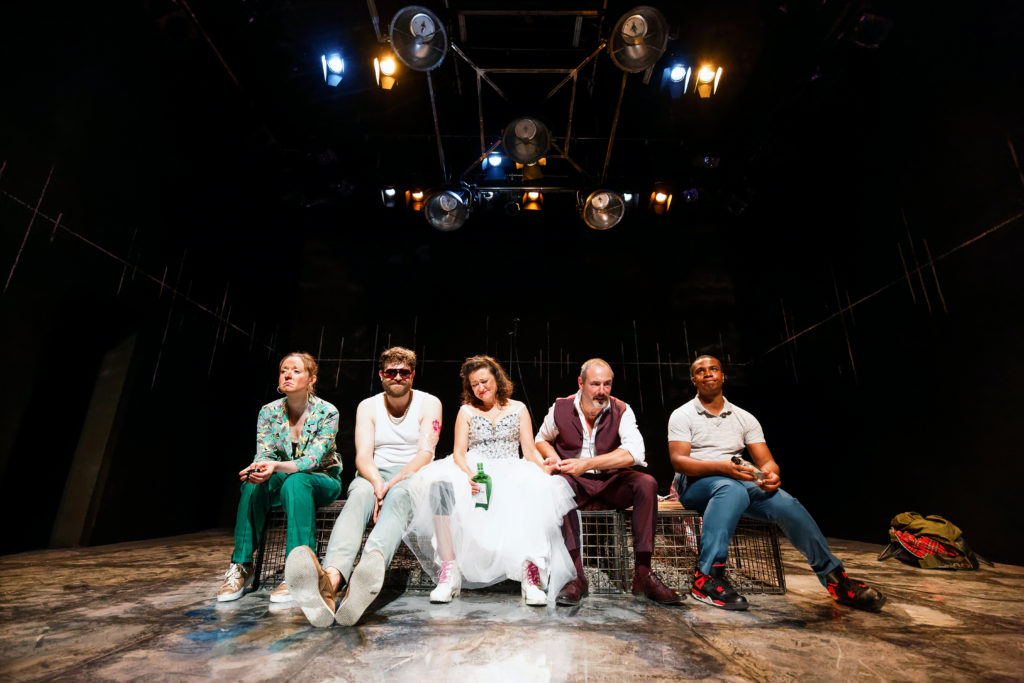 Then, of course, our imagination is required to conjure the battlefields of France. The high stakes of the scene – Agincourt, one of British history’s most legendary theatres of war – should lift the staging and create a world far larger than the one we see in front of us. Not so here, though: Henry’s famous rallying cry, “We few, we happy few” felt exactly like that, as if three were battling six rather than thousands against hundreds of thousands.

What does work, and with startling effect, is Freestone’s inspired move of combining the role of Dauphin with that of Katharine. Instead of the usual token rose-tinted romance that suddenly sees peace reign over the two kingdoms, here we have a pernicious force of nature that fights Henry at her every move, even in the jaws of defeat.

The routinely comic scene of Katharine learning the English for nails, hands and elbows in the privacy of her own room is here played with devastating effect, in full view of Henry, over the body of Orleans (Zachary Powell). A cross between Joan of Arc and Tank Girl, Heledd Gwynn commands every moment she is on stage and provides the perfect foil for Hall’s Henry.

Whilst Shakespeare at the Tobacco Factory’s latest offering yields many strong and a couple of exceptional performances, the ambition and scale never really extends beyond the four pillars of the theatre.