1983 was a strong year in cinema, producing classics such as Risky Business, Trading Places, Terms of Endearment and, of course, Return of the Jedi. The unexpected hit of that year, though, was the box office number three, a film starring newcomer Jennifer Beals about a young girl, working as a welder but with dreams of becoming a dancer.

Flashdance launched Beals’ career, director Adrian Lyne went on to direct 9 ½ Weeks, Fatal Attraction and Indecent Proposal – and the leg-warmer’s place in history was confirmed. Long before the jukebox musical entered the theatrical lexicon, the jukebox film was taking the cinema by storm thanks to the integration of a masterfully curated soundtrack. Laura Branigan’s Gloria, Joan Jett’s I Love Rock and Roll and Irene Cara’s Flashdance…What a Feeling are all guaranteed to have you reaching for the hair crimper and bust some moves on an industrial wasteland. 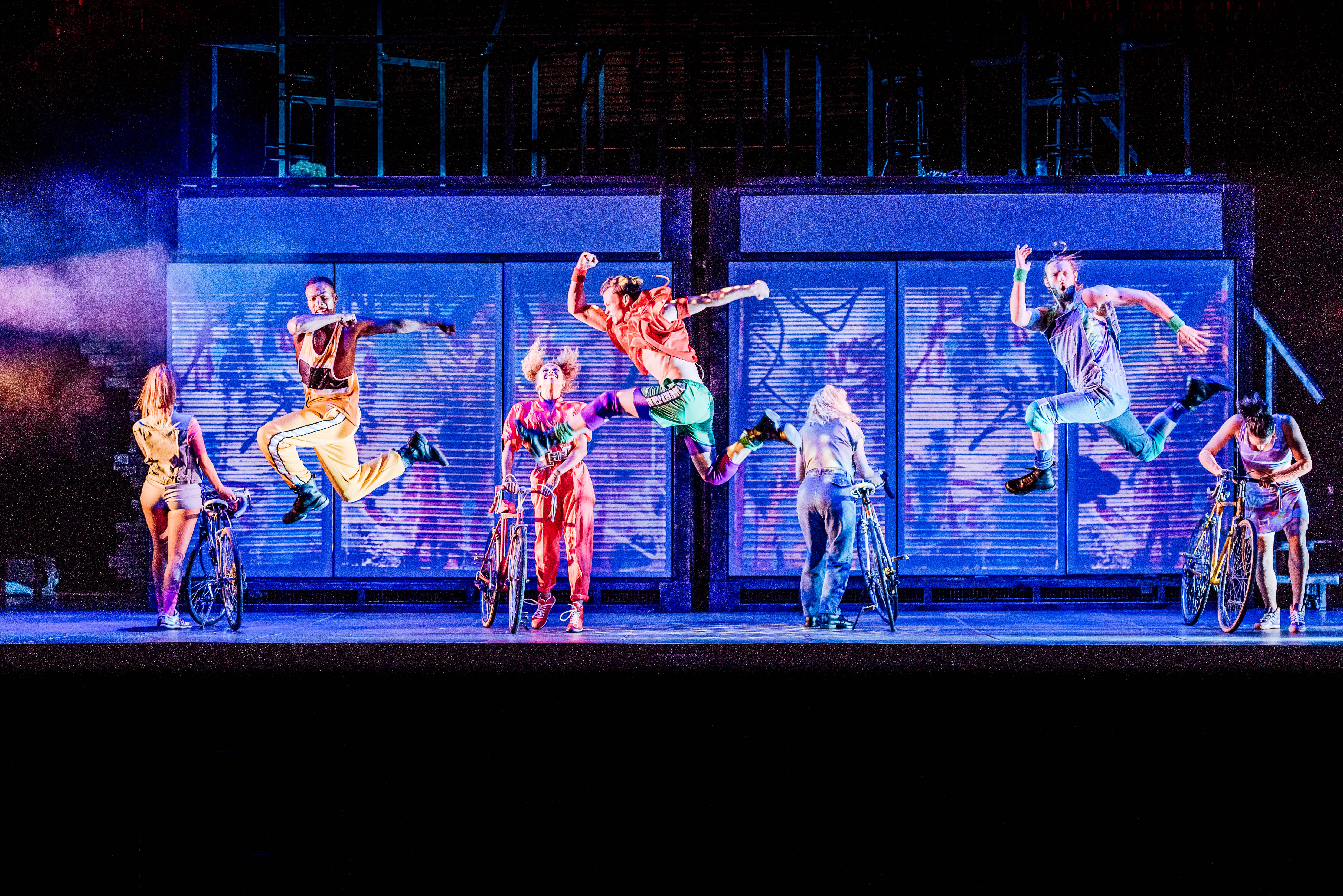 The inevitable stage musical makes sense. The story has substance and continues to resonate. Firstly, the lead is female – more of that later – which was big news back in the 80s and, considering today’s over-saturated, theatrical testosterone-fest, it makes for ideal material to redress the balance. Secondly, it’s a feelgood story that centres around the pursuit of a dream. Thirdly, there is the recognition factor. A magic combination to leave all in its wake with a smile on their face.

Firstly, this over-long production feels like a hastily cobbled together ‘edited highlights’ of the film. All the characters are underwritten to the extent that they come across as caricatures, just getting started before another clunky and often audience-blinding scene change fast-forwards the story to the next highlight. 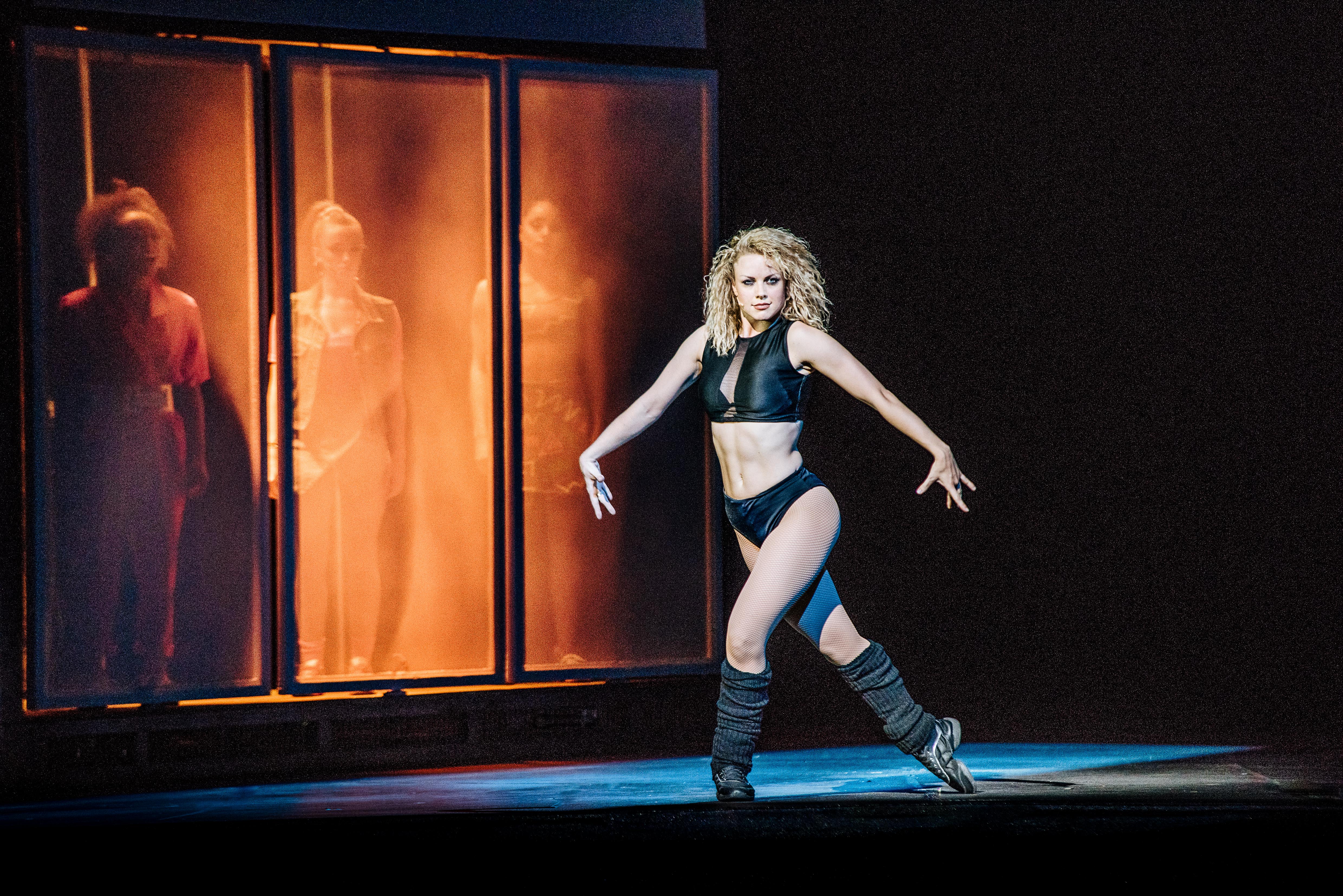 Secondly, in a story that is largely about dance, there is very little actual dancing. The cast are working hard throughout and should be commended on their boundless energy, skill and presence: however, when the central character’s story is about her passion for dance and all we get (until the very end) are repeated variations of running on the spot, running hands through hair and the occasional sequence, Flashdance feels little more than simply just Flash. Added to which, shoehorning the famous water-from-above, hair-tossing silhouetted figure into the end of the first half just for effect is criminal.

The cast is exceptional: however, when the chorus outshines the leads, there is a huge issue. Joanne Clifton has a decent stab at our hero Alex Owens, but is given so little to grapple with character-wise that she has neither the drive nor the passion of the original. Vocally she executes her songs well, sometimes struggling with the accent which makes her come across as whiny rather than ambitious. 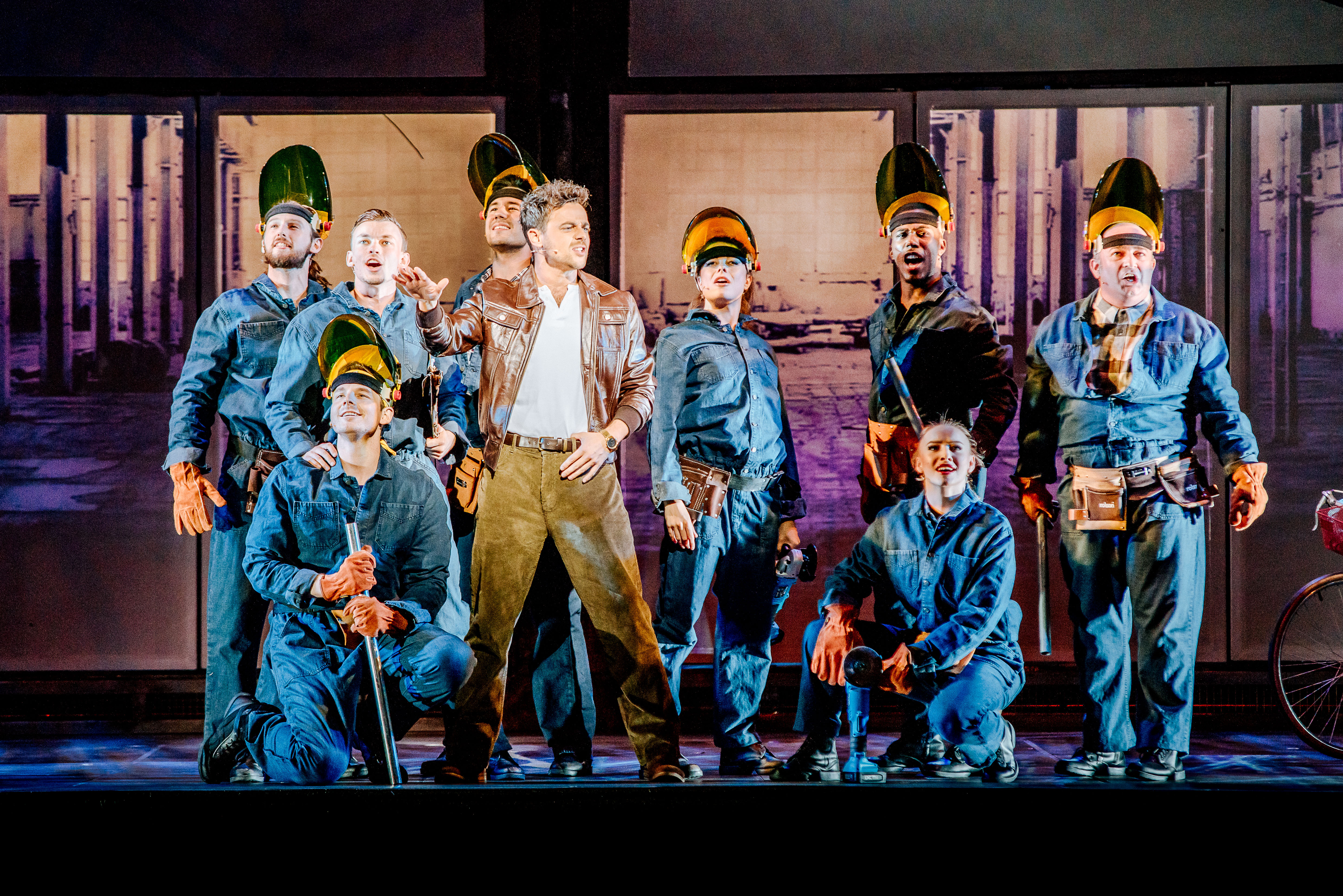 Ben Adams as romantic interest Nick Hurley lacks both the privileged arrogance and the rebellious charm his character requires – and is also the victim of a broad brushstroke script. His boy-band background also stymies his performance with his nasally, often incoherent delivery that is stylistically opposed to the rest of the cast.

The biggest downfall of this production, however, is the shameful whitewashing of the central character. Whilst there is no reference to the ethnicity of Alex Owens in the script, a precedent was set by casting a person of colour in the film. In an industry that is hailing a new age of cultural diversity and the need for greater representation of gender and race on stage and screen, to go against this seems both deliberate and irresponsible.

For a feelgood, heart-racing, toe-tapping story to feel so joyless, despite the best efforts of the cast, seems like a huge wasted opportunity. Reach for the DVD rather than your dancing shoes.

Flashdance continues at the Hippodrome until Saturday, June 30. For more info and to book tickets, visit www.atgtickets.com/shows/flashdance/bristol-hippodrome