Brian Clough famously reflected on his own career, “I wouldn’t say I was the best manager in the business. But I was in the top one”. You’d be hard pressed to find another football manager who has had more books, films and documentaries made about him.

To reflect on his entire life and career would be a mammoth undertaking, which is why David Peace’s 2006 novel The Damned United was such an inspired move: take a larger than life figure and look at a moment of perceived failure. Both the book and the film that followed captured not only the man and his clubs, but also provided a backdrop of political and social unrest.

With Red Ladder’s The Damned United, adapted from Peace’s novel by Anders Lustgarten, you are not given the space or time to take a breath, as the microscope is firmly on Ol’ Big ‘Ead (played by Luke Dickinson) with snatches of the ill-fated 44 days at the helm of Leeds United mixed with splashes of other points in his career in little over an hour. 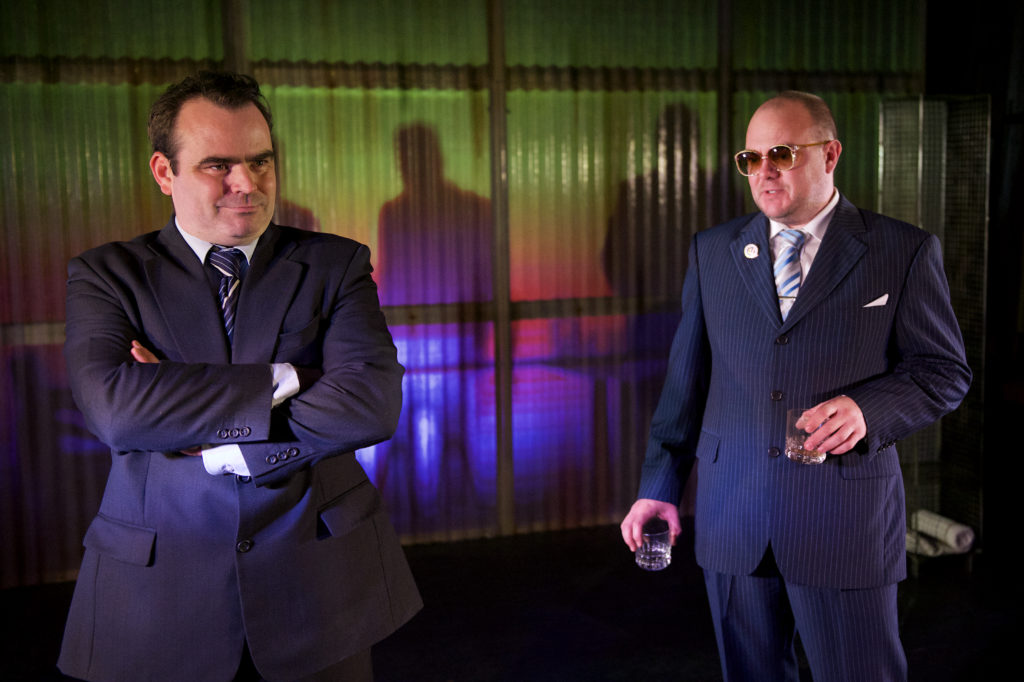 To cover this significant period using such rich material in such a short space of time means that there will be events, moments and interactions that go by the wayside. What Director Rod Dixon’s production does very well is maintain the pace and the energy of the story, capturing the whirlwind that was Clough. However, nuance, light and shade seem to go by the wayside, resulting in what feels like three men shouting at each other for the 65 minutes.

The brief moments of respite that are on offer – waiting for the phone to ring or a moment of hiatus in a game – are a huge relief from the yelling and the often overbearing soundtrack. One could argue that there was no nuance with Clough himself – but for all the moments of bluster, there must be a moment or two where the mask slips, and that is what is missing here. 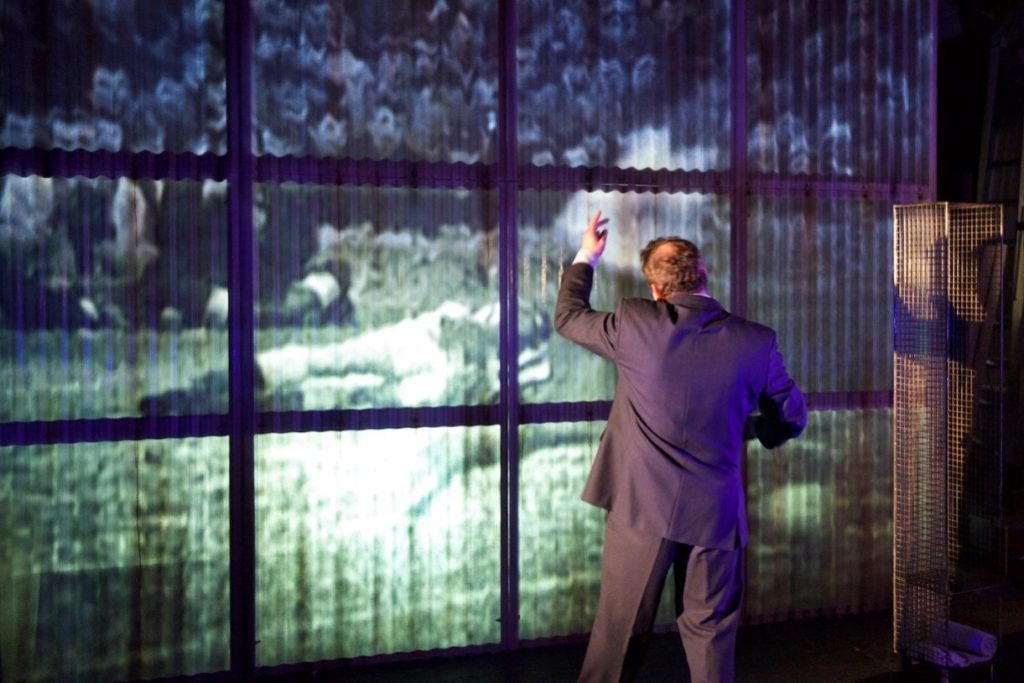 David Chafer does a lovely job of grounding the production with his portrayal of Clough’s down-to-earth, long-suffering assistant Peter Taylor. Luke Dickson as Clough has huge shoes to fill and rockets through like a man possessed, capturing elements of the showman: however, it does feel at times as though he is chasing the voice of Clough rather than the character, which results in an emotional disconnect.

There is a lot to be said for keeping a show succinct and there is no doubt that diehard fans of the game and the man will get a lot out of Red Ladder’s The Damned United. When you lose too much, however, and the end result is just sound and fury, the rest are just left on the benches.