Richard Bean’s intimate and domestic two-hander Kiss Me deals with a widowed woman desperate for a baby, and a man who has slept with over 700 women (and impregnated over 200 of them). So far, so contemporary. The only difference being, Bean’s Kiss Me is set just after World War I and Europe is under the watchful gaze of Thanatos, the Greek god of death.

Bean’s piece is a fascinating historical drama that delves into the pioneering work of birth control and family planning specialist Dr Helena Wright. Rather than making Wright the subject, though, Bean takes her work and uses it as a backdrop, bringing two people from very different walks of life and putting them in the same room. 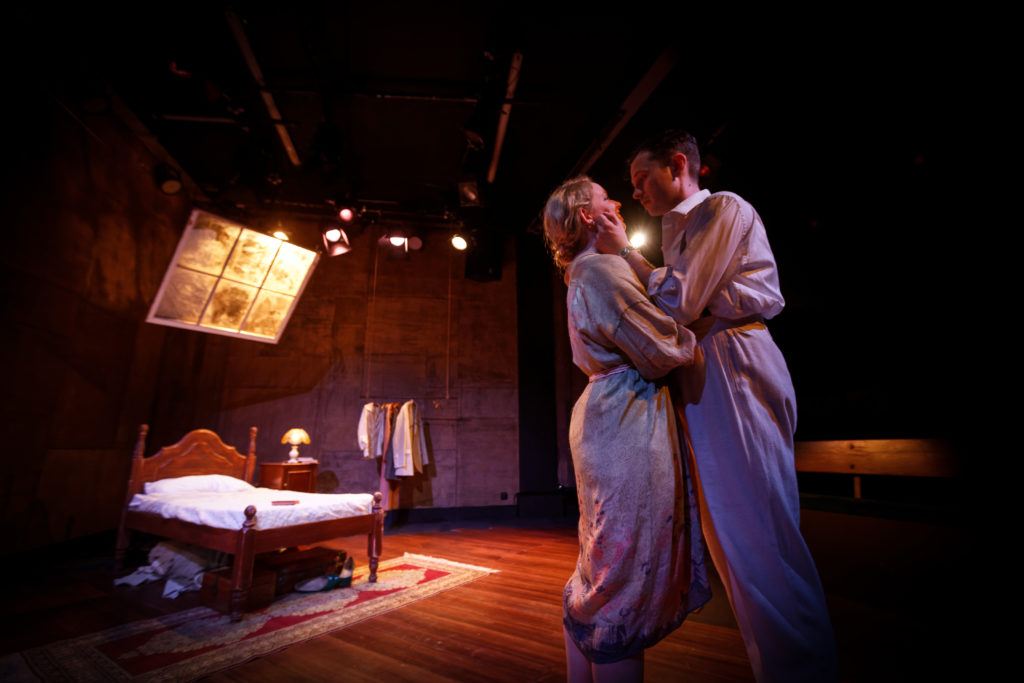 For the sake of argument and anonymity, at least to begin with, they call themselves Stephanie and Dennis. Stephanie is a sweary and modern former munitions driver and Dennis is a posh, buttoned-up sugar trader. What brings them together is their individual needs: his, to re-populate the country, hers, the much-desired baby that she didn’t have with her late husband.

Bean’s dialogue is relentless. There is a Sorkin-esque quality about the exchanges that relies on a deep understanding of the emotional layers built into the text and a confidence with the intricate and very unique rhythm of the two characters. 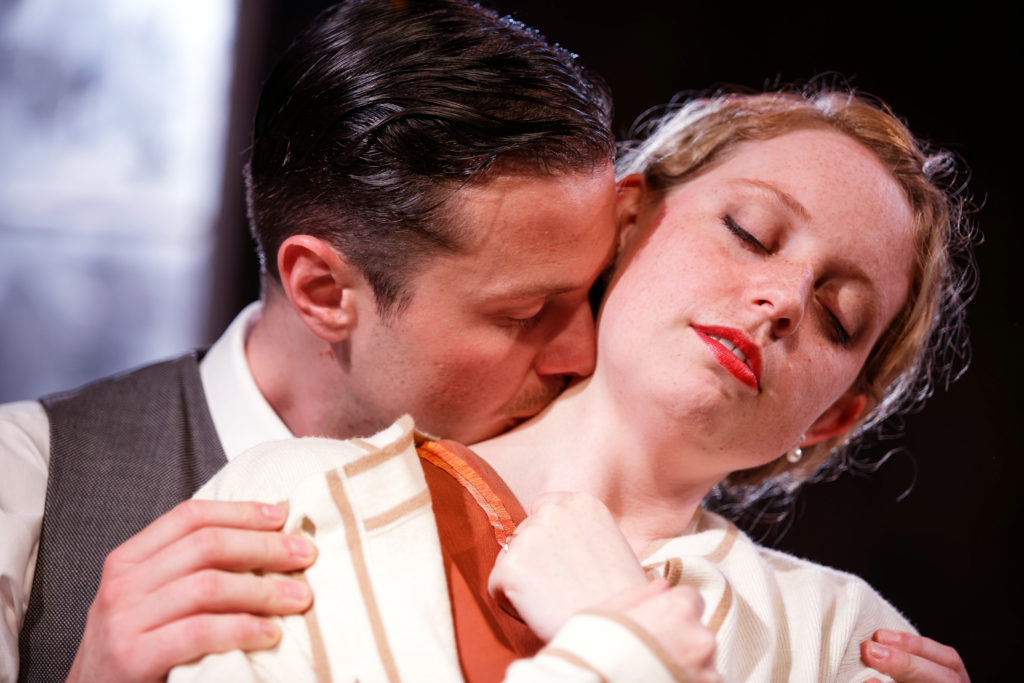 Both Stephanie Booth (Stephanie) and George Readshaw (Dennis) have a very fine grasp on both character and dialogue. Booth especially holds court for the full 65 minutes in what may well prove to be one of the most entertaining and heartfelt performances of the year. She handles the episodic nature of the piece with great confidence and boundless energy.

Like Jean in John Osborne’s The Entertainer, Stephanie is a woman of her time flaunting her disregard of the confines of the era and choosing personality over protocol. Booth treads a very fine line, embracing truth and avoiding parody – and the results are beautiful, especially in her earlier exchanges with Readshaw’s more restrained and dignified Dennis. 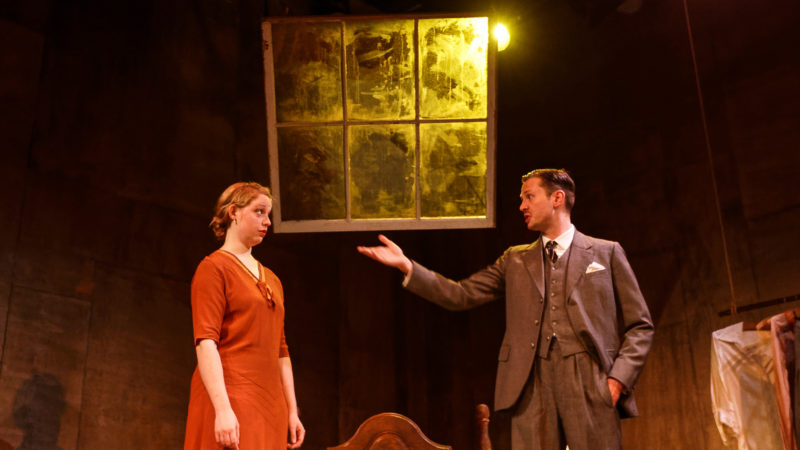 Whilst the scenes are well executed with razor-sharp precision by director Katharine Farmer, the transitions felt a little clumsy. With props and costumes being stuffed under the bed and a stage manager coming on with a tray, the busy scene changes broke the frame of an otherwise very detailed production. Along with a couple of physical sequences that felt shoehorned in rather than integrated into the piece, it did feel as though the cerebral heavily outweighed the corporeal in rehearsals.

Minor quibbles aside, this is an exciting take on an important and overlooked piece of history, told by a thoroughly engaging and dynamic creative team. Enlightening and hugely enjoyable.

Kiss Me continues at the Wardrobe Theatre until Saturday, May 19, as part of Bristol old Vic Theatre School’s Directors’ Cuts season. For more info and to book tickets, visit thewardrobetheatre.com/livetheatre/kiss-me