In his epic shakedown of the 1970’s, Not Abba: The Real Story of the 1970s, Dave Haslam says, “Nostalgia is a weapon wielded by old people to deny young people their dreams.”

In the case of The Band, the old person in question is writer Tim Firth who, along with the members of cheeky abs-flashers Take That, have created a jukebox musical that is a thinly veiled excuse to string a whole bunch of Take That songs together under the guise of a coming-of-age story that will divide audiences: the satisfied fans versus the outraged and petulant. On rare occasions it will manifest itself into a hybrid of both in the one person (this reviewer).

To clear things up, this is not the story of Take That. A quick ten minutes on your search engine will do that sufficiently; ripped jeans, big gigs, big split, solo careers, back together, booze, aliens, Morrisons, reality TV show. Done. 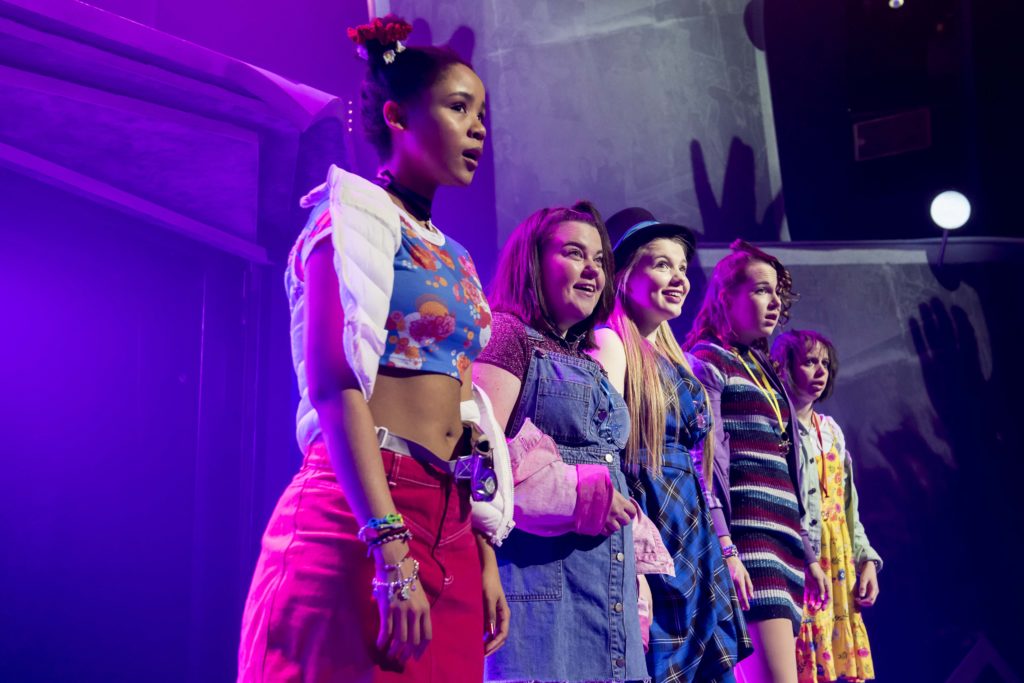 Rather than put the audience through what they already know and indeed (judging by their average age) lived through, the songs are used as a narrative tool to drive the story of five friends from their 1992 mid-teens through to their 2018 mid-forties, noting the changes and highlighting the things that tear them apart and bring them together.

There is a rather nice symmetry between the mid-teens cast and the mid-forties cast, and the moments that bring them together are often the more delightful elements of the evening. Whilst the central focus of a failing relationship feels at times rather contrived, shoehorned in to offer ‘adult’ drama, there are some genuine moments of true warmth, with the final scene reuniting the women and the couple offering the cast some much-needed substance.

The songs are a fair representation of the band in question, the boys give reality TV-show-winning, coat-swirling verve to their strutting stage personas, and the audience soak up every last moment until the inevitable barnstorming final medley.

That in itself should be enough: however, the faults in the evening need to be dealt with. The script is clunky, with jokes landing flat and fortune-cookie dialogue that makes this feel, at times, like an overly glossy pantomime. The structure is tiresome with the 2018 girls ending up the exact opposite of their mid-teen self. Take the academic one, the athletic one and the boy-crazy one, and you don’t need to think hard to figure out how their 40-year-old versions turn out. Think too hard and you may end up questioning a piece of theatre that represents women in a shallow way. It often has the feeling of being Mamma Mia-lite. Whatever you thought of the Abba-fest, it was written by a woman and had authentic voices. Sadly, The Band can’t tick either box. 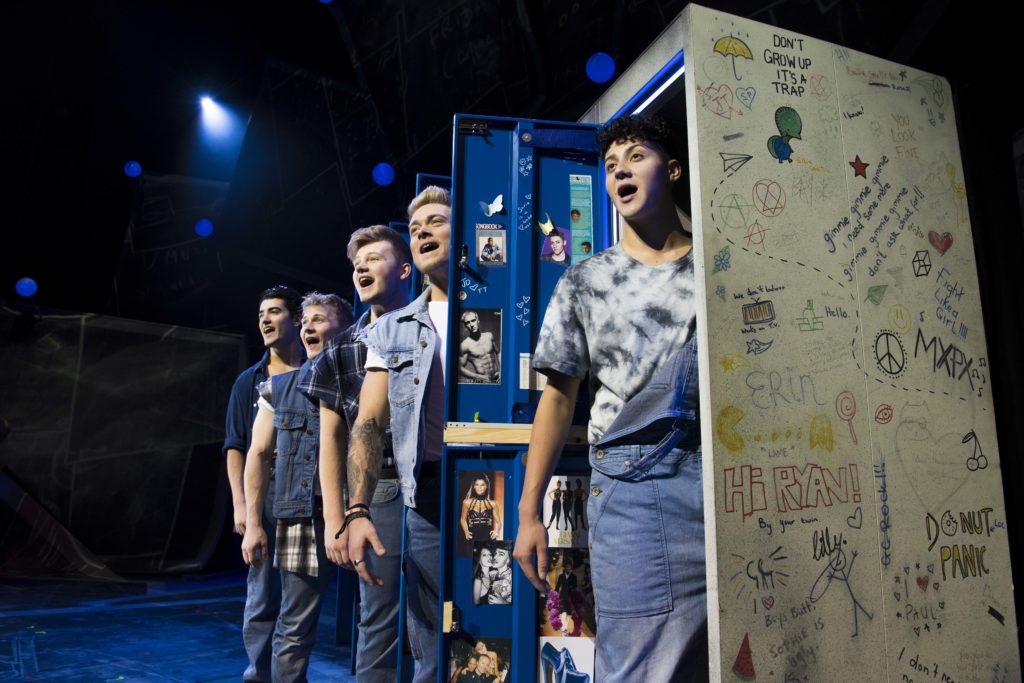 On paper, The Band appears to offer as many ups as it does downs. Ultimately, the audience on press night had an absolute blast right up to the end of the final song in the curtain call. There were huge cheers, big smiling faces and “loadsamoney” in the foyer changing hands over the big selection of merchandise. Isn’t that enough?

Whilst this nostalgia-soaked show may not deny any dreams, its overwhelming success at the box office does limit ambition in storytelling by being so simplistic and, at times, just plain theatre by (jukebox) numbers.

The Band continues at the Hippodrome until Saturday, April 28. For more info and to book tickets, visit www.atgtickets.com/shows/the-band/bristol-hippodrome

The Band is on tour until March 2019. For full details, check the tour schedule.