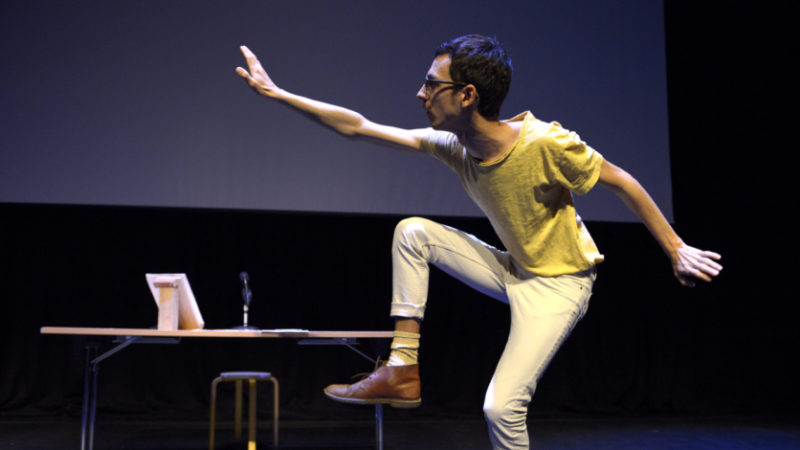 Since 2010, BE Festival has been engaging and challenging audiences in Birmingham with its mix of creative disciplines from across Europe. More recently, it has dug its heels in and become an even more important date on the calendar by touring a tasty selection of three of the most popular contributions as The Best of BE Festival.

This year’s theatrical smorgasbord offers pieces from France, the UK and Spain.

Andre and Dorine by Spain’s Kulunka Teatro is a full-mask exploration of the agony and heartbreak experienced by the onset of Alzheimer’s disease. Told without words, this is somewhat reminiscent of Theatre Ad Infinitum’s glorious Translunar Paradise.

Unlike in that show, the couple here are both still with us in person: however, they are dealing with the terrible consequences of Alzheimer’s and, through their physicality and the beautifully choreographed mask work, their love and connection are celebrated. 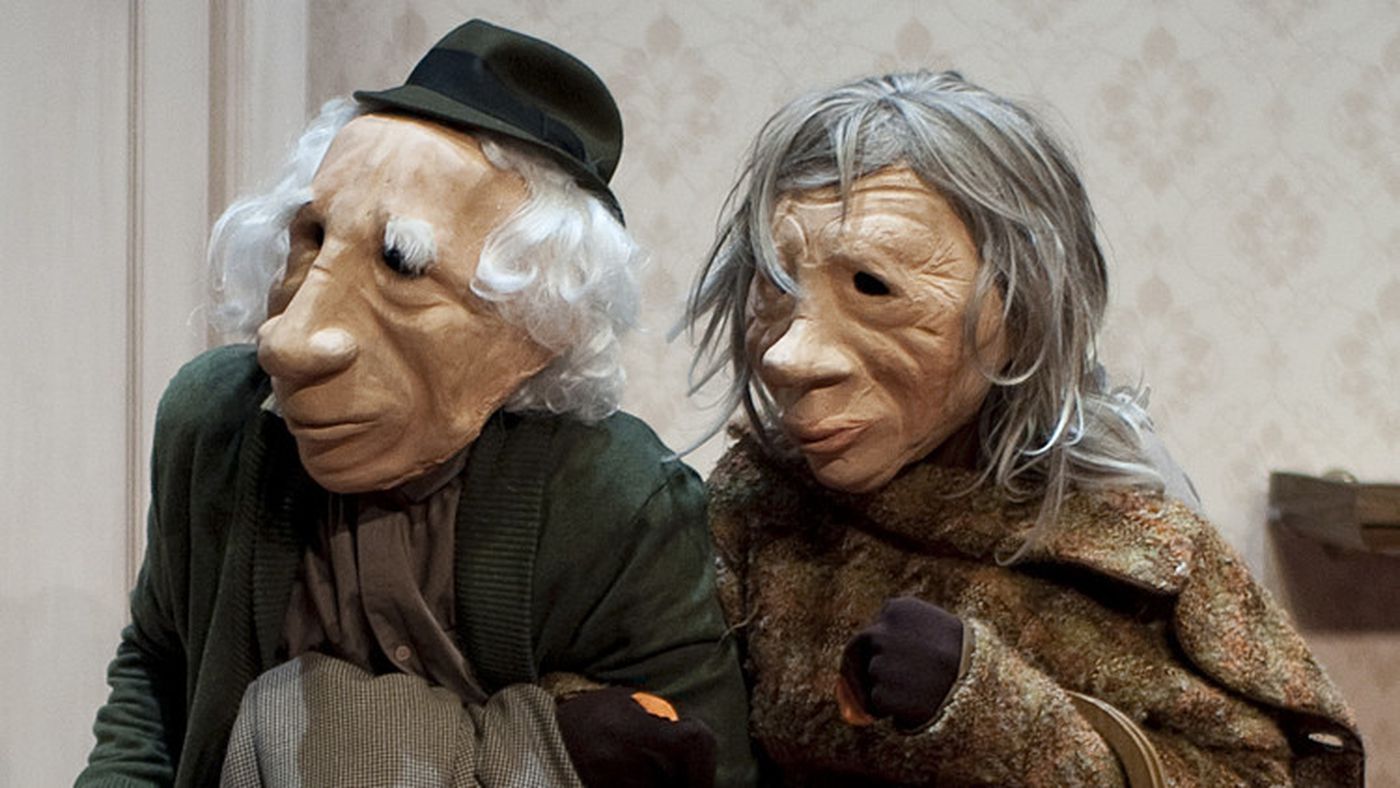 This may be an age-old story but Kulunka Teatro tell it with a huge heart, guiding their audience through the dark and narrow tunnels of their subject matter with great sensitivity and love.

France’s Romain Teule offers a far more surreal and mind bending affair with Légende, presenting a revelatory provocation into our relationship between language, what we hear and how it conflicts with what we see. With a series of seemingly unconnected words projected on a screen, Teule’s heavily accented spoken words unlock the true meaning of the words on the screen. In reverse, the point is highlighted even more.

Whilst his physical language is often a lot more perplexing, leaving the audience to interpret its meaning without any prompt, it is Teule’s whimsy and charm that engages and ensures that his audiences will at least question their own interpretation of language before disregarding it the next time they are faced with a struggle. If nothing else, you’ll never be able to watch The Birds again without thinking of a small spiky animal.

It is Robin Boon Dale’s What Does Stuff Do? that offers the evening’s most complete interpretation of BE Festival’s desire to challenge and blur the boundary between audience and artist.

If you only listened to this show, it would sound like a first draft of a dissertation being read out: a thesis on the relationship between people and objects. If you watched it with the sound down, it would be a wonderfully dynamic and visually exciting display of juggling and object manipulation. 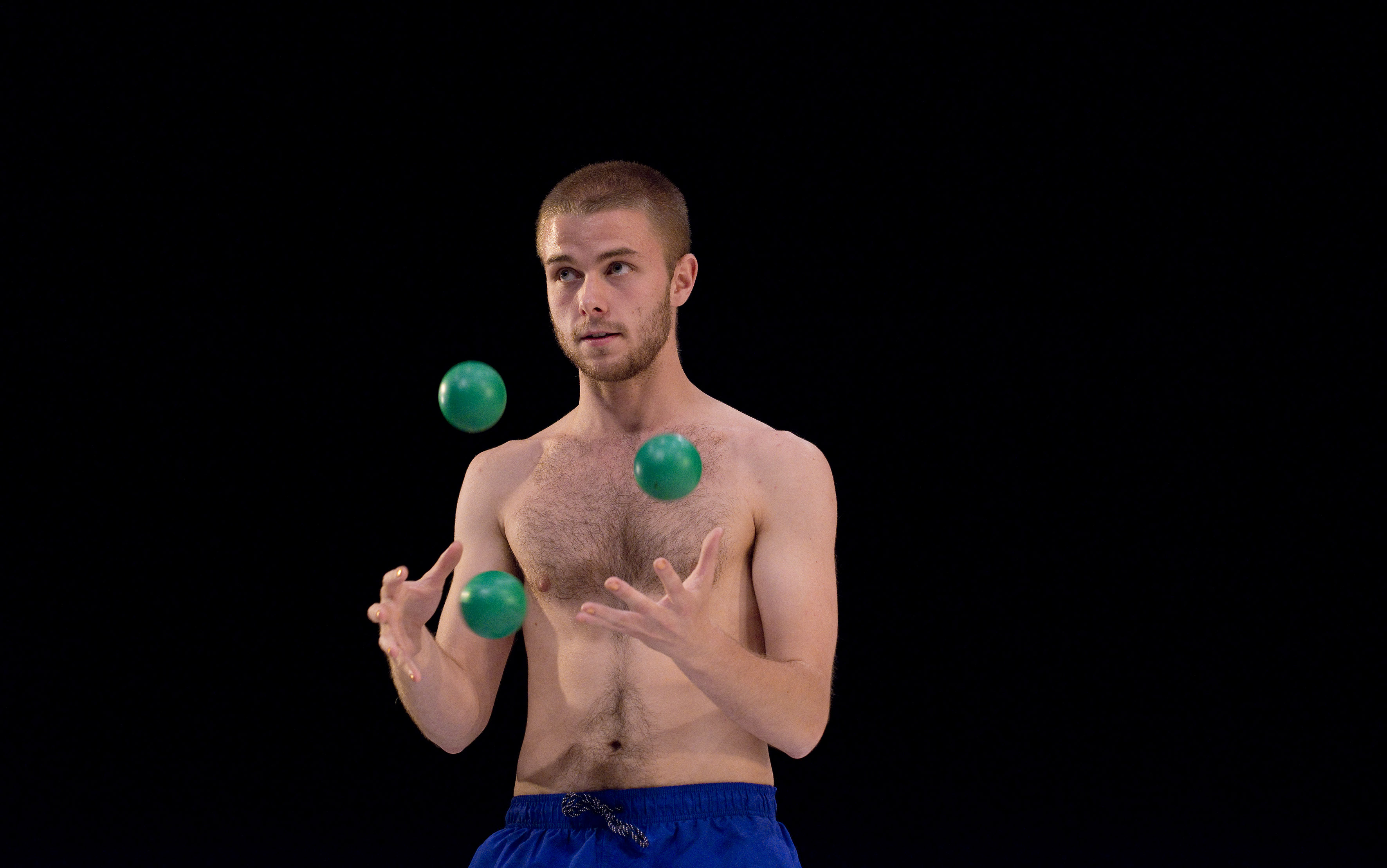 Put the two together and what you have is a brilliantly eloquent, charming and stylish exploration of body, object, rhythm and pace led by someone who has wonderful control of his material, tools and audience.

Whatever happens with these three in the future, one thing can be certain: BE Festival has brought together a collection of the best and the brightest that entertains, provokes and engages in equal measure. A top night offering a glimpse into what will surely be some of the most memorable theatre of 2018.

Best of BE Festival visited Circomedia, Portland Square on March 15 & 16 as part of Tobacco Factory Theatres’ Beyond Season. For more on BE Festival, visit befestival.org