Each generation has their own claim to Cilla Black. Whether it was the undiscovered check-out girl singing rock and roll at the Cavern Club, the newly discovered, Parlophone-signed star of the future or the TV entertainer, Priscilla White from Liverpool became the stuff of legend.

To honour her in a two-and-a-half-hour musical is a hefty task, especially when it comes hot on the heels of Jeff Pope’s critically acclaimed, BAFTA-winning, three-part television drama. The fact that this is an adaptation of that television drama stands it in good stead.

Unlike most biographical shows, Cilla – The Musical chooses to focus on a limited part of its subject’s life. We first meet Cilla as a checkout girl who sometimes sings with local group The Big Three when she’s not belting out numbers at home in front of a mirror with a hairbrush. This is a classic story of a working-class woman climbing the ladder and dodging expectations both from family and society to achieve her true calling. 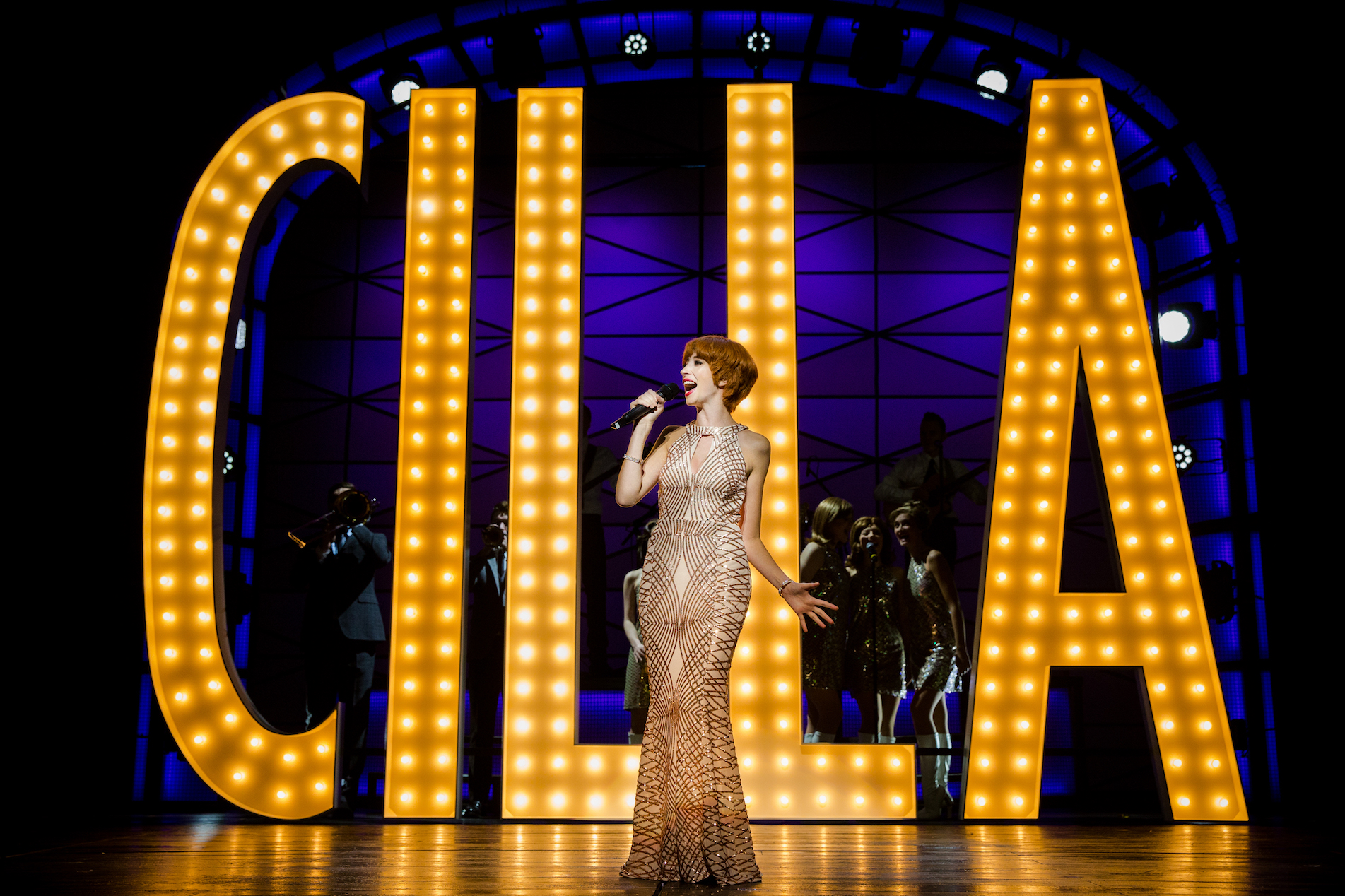 After a couple of setbacks – Dad not letting her go to Germany with a local group called The Beatles; bottling an audition for Brian Epstein – she is convinced to get back onto the stage by local baker and wannabe manager Bobby Willis. It is the chance arrival of Epstein at the Blue Angel that sets Cilla onto the path that sees her firmly planted into the pop-culture history books.

There are several narrative threads running at the same time. At home life, Cilla’s parents hope for her to become ‘suitable’ for the posh secretarial role that her mother craves for her. There is also the love story between her and Bobby that initially clashes with Cilla’s love of performing – but later complements it. Alongside this is the Brian Epstein story and the rise of The Beatles. In the hands of an inferior creative team, these threads could become a tangled mess. Instead, Cilla – The Musical is a cohesive story told with enormous fondness, honouring the person with great clarity and sensitivity.

It is Brian Epstein’s story that is perhaps the greatest revelation of the evening. Whilst his lifestyle choices are well documented now and were spoken about then, what was not known or spoken of was his more compassionate side. Here, we see complete devotion to his ‘darling girl’, and it is Andrew Lancel’s heart-breaking portrayal of Epstein that provides much of the spirit of the show.

With Cilla Black being such a mainstay of popular culture for over half a century, it would be easy to go into this thinking you know it all. You would be mistaken. The love story of Cilla and Bobby is beautifully told. Bobby’s drive to woo Cilla, and his firm belief in her ability as a performer, are juggled perfectly by Carl Au. From wide-eyed baker to being offered a contract of his own: this could be just  another classic working-class-boy-done-good tale. It is Au’s sensitive handling of the material, though, that allows Bobby’s dedication to Cilla shine through, though – while his contributions to the soundtrack are among the highlights of the show. 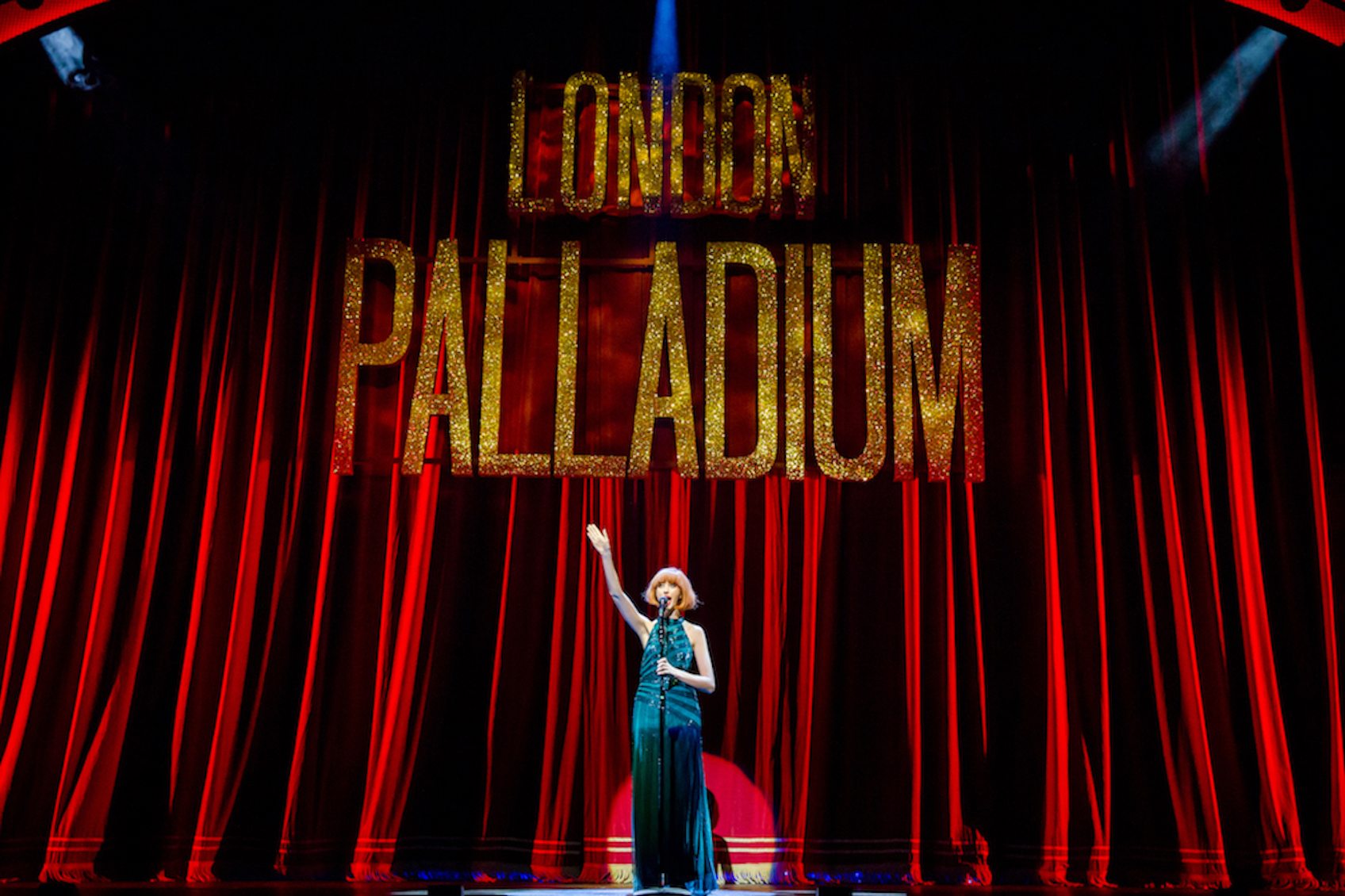 To complete the trinity, Kara Lily Hayworth completely embodies Cilla. Whilst there is something familiar about her performance, it is far from an impersonation. She makes the character her own, capturing the bold spirit of Black as well as facing the fears and insecurities her audience were less familiar with. It is this aspect of Cilla’s life, and the focus on her drive that makes this such an important story. This is not just another jukebox musical. It is the story of a woman’s struggle to embrace her passion and overcome hurdles put in place by society.

The score is magnificent, beautifully handled by musical director Scott Alder. From Lennon’s acoustic You’ve Got To Hide Your Love Away, reminiscent of the scene in Help! and here offering new subtext to the Epstein story through to Black’s hits, the soundtrack is a powerhouse that drives the show and is as tight and polished as the ensemble who perform it.

Cilla – the Musical is a genuine, old-school barnstormer told with a huge amount of love, offering a new take on familiar themes told in an authentic and stylish way. It honours its subject, has something for everyone and deserves to be seen.

Cilla – the Musical is on tour thoughout 2018 and full details can be found here.