Mark Thomas is a consummate storyteller. Whether it is about his father, loitering, miners or committing acts of dissent, Thomas has an uncanny ability to get to the truth and find humour in amongst the tragedy. Whilst tragedy is often there for all to see, his great skill is finding the humour and inviting his audience in.

Israel, Palestine and the West Bank have had their fair share of tragedy, and it’s surely a Herculean task to find any comedy within that news cycle. Step forward Mark Thomas and his step-by-step guide to finding the laugh.

This show didn’t happen overnight. It was a culmination of years of work, negotiation and dodging cultural and literal bullets that started with a walk along the entire length of the Israeli wall in the West Bank and ended up with Showtime from the Frontline almost ten years later.

To pigeonhole Thomas’ latest show as documentary theatre, part verbatim, part stand-up or part anything would be to limit its appeal and undermine its impact. It’s an invitation into a world that we know very little about aside from headlines, history lessons and countless opinions. Thomas has done the hard work so we don’t have to.

He is accompanied on stage by Faisal Abu Alhayjaa and Alaa Shehada, two participants of his comedy sessions who are proof positive that whilst laughter may not cure all, it is a necessary component of one’s armoury for survival. 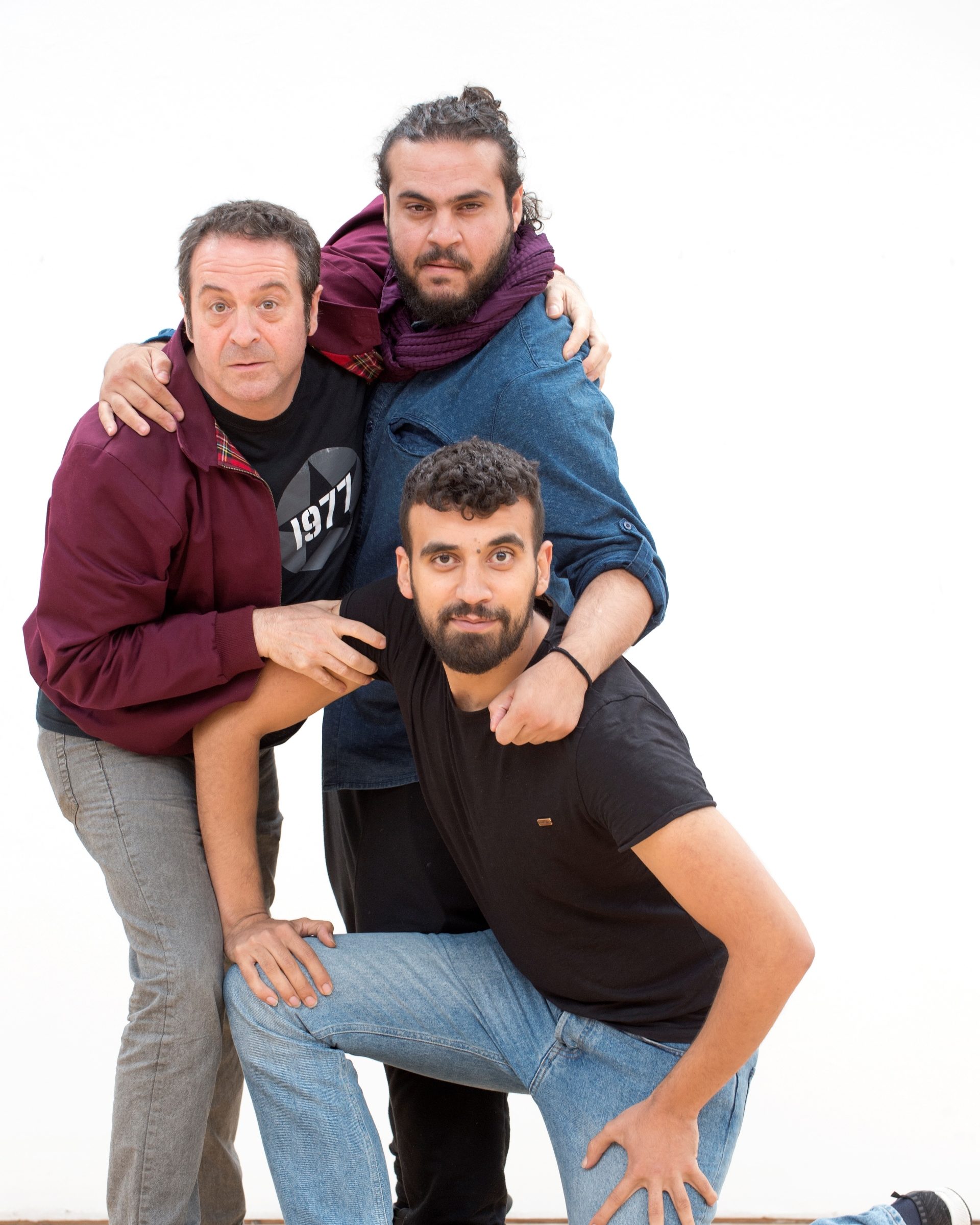 Mark Thomas is your favourite host of your favourite party where nothing is off the table as far as conversation is concerned. He draws you in immediately and has the added advantage of having his entire audience rooting for him. If that wasn’t enough, he has brought along a couple of comrades who not only raise the bar but also raise the stakes.

Thomas explains the comedy rule of three for storytelling: “Beginning, middle and the wrong ending.” The sessions (I refuse to use the word ‘workshop’ – see the show, you’ll find out why) with his comics paid off as the screenings of their work clearly shows. For them and for us, it is the right ending. Thomas’ love of comedy and storytelling is infectious. As a result, the three West Bank amigos leave you with a show that stays with you long after the you are kicked out of the theatre.

Clever, funny, poignant: a show that demands to be seen.