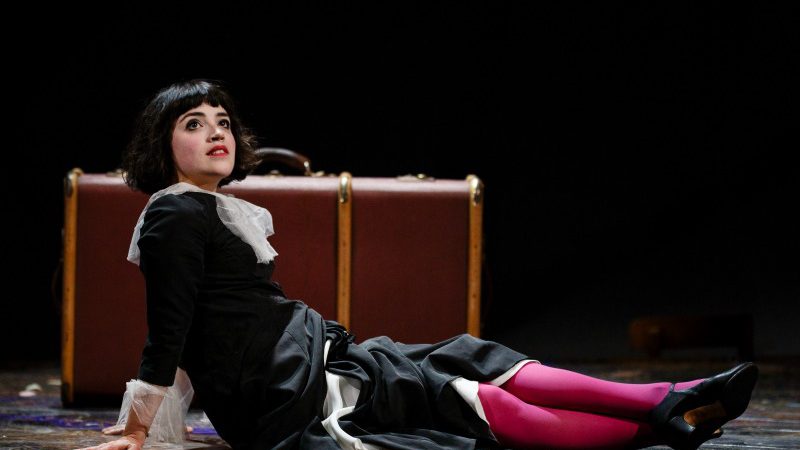 Finding love and a glimmer of hope amongst a series of obstacles is a theatrical formula that should resonate now more than ever. With shows like the recent Translunar Paradise and Bristol Old Vic’s current restaging of Kneehigh’s The Flying Lovers of Vitebsk, it feels like theatre is being used as a platform to remind us to stick with it and hold onto that glimmer of hope. 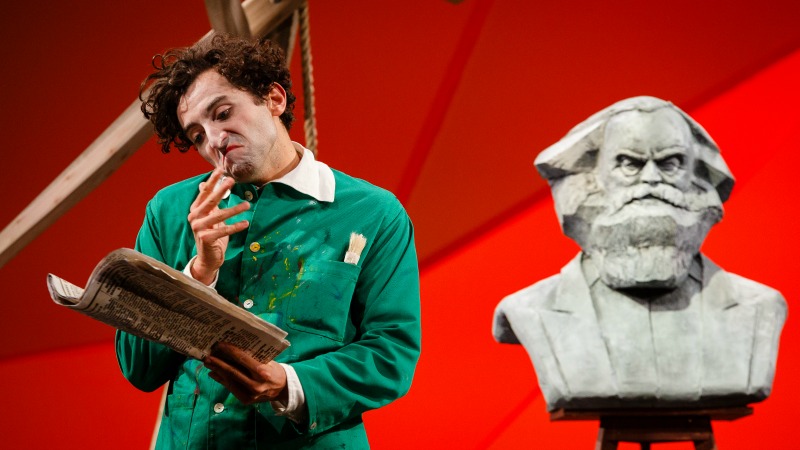 Marc and Bella Chagall’s journey together takes in some of life’s most epic and domestic obstacles as they negotiate separation, revolution, war and the ultimate rupture, death. In his work, Marc Chagall employed magic realism to tell his stories. They are whimsical, poetic, full of life, colour and ultimately, heart. 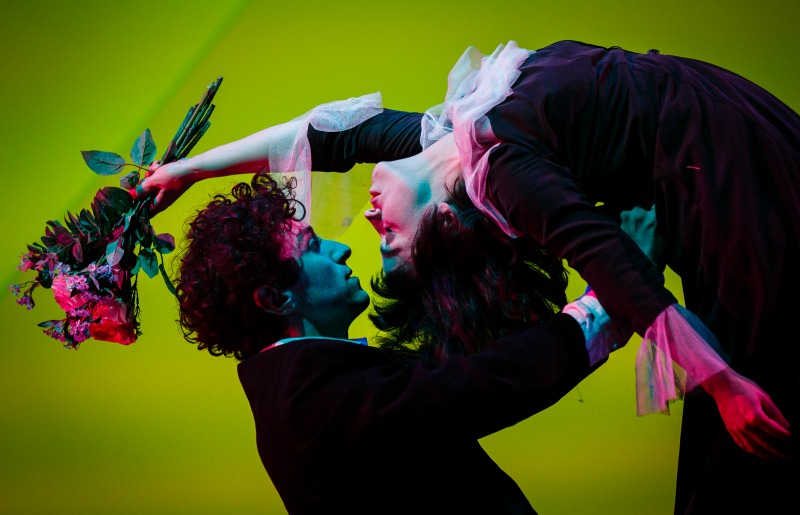 The Chagalls are played by Marc Antolin and Audrey Brisson, who bring an incredible amount of charm to their respective rolls. Brisson in particular is radiant as Bella and the chemistry they have on stage brings the necessary jouissance that the parts demand.

Where the Chagall canon and The Flying Lovers of Vitebsk part company, however, is in the overly written and unduly long script. For a piece that has been inspired, in part, by the lightness of touch in the work of Chagall, the production comes across as heavy-handed and dialogue-driven – which ultimately makes such rich material just a little bit dull. 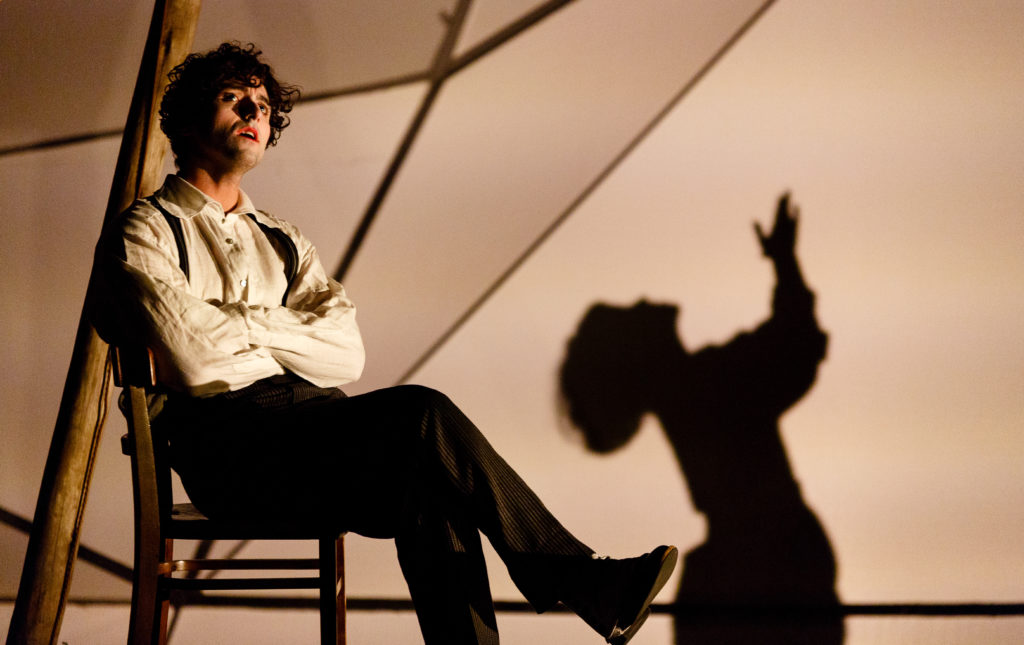 The live music by James Gow and Ian Ross provide a wonderful layer, as does the natural elegance and physicality of both actors. The issue comes with them remaining a layer rather than being fully integrated into the work which is episodic and at times clunky.

Like Chagall’s work, The Flying Lovers of Vitebsk is beautiful to look at. It does however lack his heart, soul and his complete embracing of magic realism. A hat with a fish on it just doesn’t quite cut it.

The Flying Lovers of Vitebsk is at Bristol Old Vic until Saturday, August 12. For more info, visit www.bristololdvic.org.uk/the-flying-lovers-of-vitebsk.html