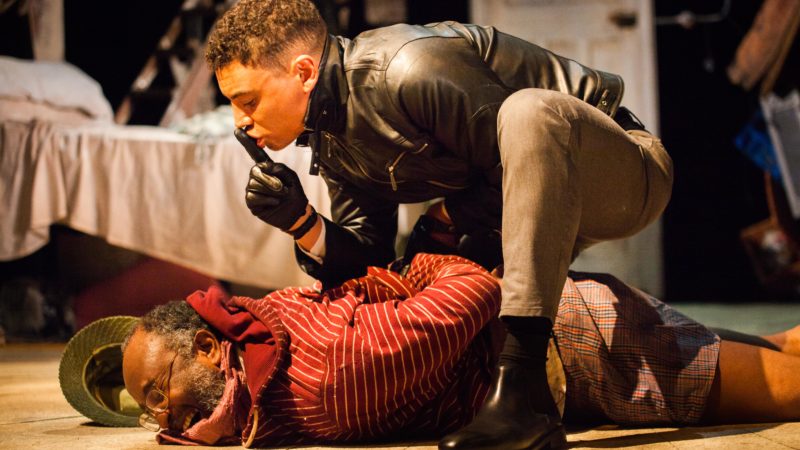 It has been a big week for theatrical titans. We lost Sir Peter Hall. At the age of 92, Peter Brook has released another book. And Bristol Old Vic opens with a revived and restaged version of Harold Pinter’s The Caretaker.

The Brook reference is important. At his launch earlier this week, in an interview with The Stage, Brook stated that “theatre only exists in the present” and goes on to say: “there is no point in doing anything except to discover something new.” It is this approach to a 20th-century classic that makes director Christopher Haydon’s vision of The Caretaker such a triumph.

A dialogue-heavy three-hander with a run time just shy of three hours is a daunting task for cast and spectator alike. The journey opens unassumingly with Davies (Patrice Naiambana) being invited into the apartment of Aston (Jonathan Livingstone) who, through his natural kindness and hospitality, offers the former tobacco, shelter and shoes until Davies gets back on his feet. Things roll merrily along until Aston’s brother Mick enters the equation – and to say the cat is well and truly placed amongst the pigeons is putting it mildly. 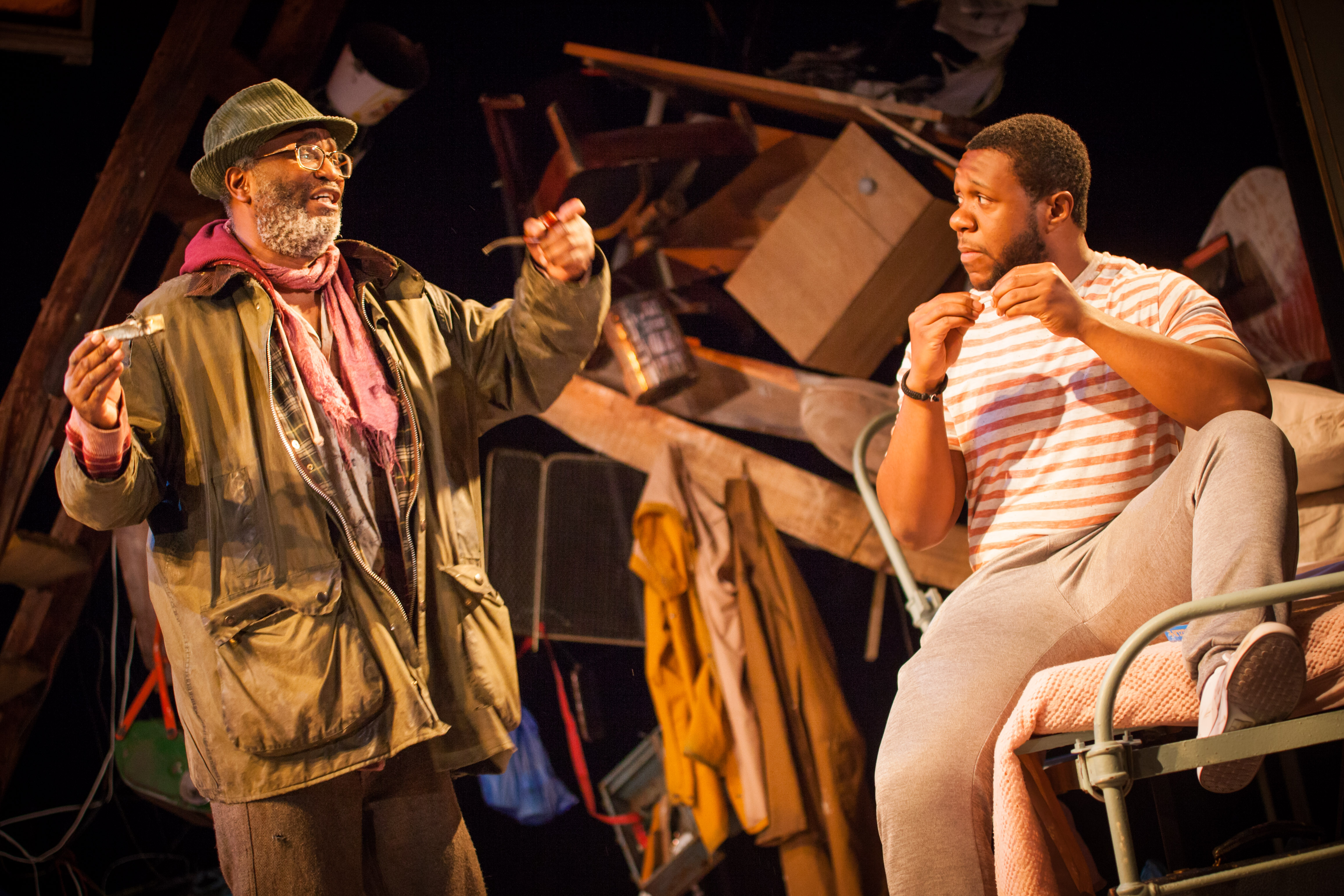 Livingstone’s Aston is the calm beating heart of the piece. A man of few words, he moves steadily between fixing a plug that never gets fixed, looking out to his garden, thinking about his shed and minding his own business. Livingstone offers the necessary calm and packs an emotional punch when Aston’s backstory is revealed.

In many ways, David Judge’s Mick is the riskiest of performances on offer. A dangerous mix of Romper Stomper and A Clockwork Orange with a Joe Orton-esque delivery, Judge squats and thrusts his way across the stage, bringing menace with every perfectly articulated syllable. In the hands of a lesser actor/director combination, this performance wouldn’t have worked. Judge’s finely tuned discipline pays dividends. 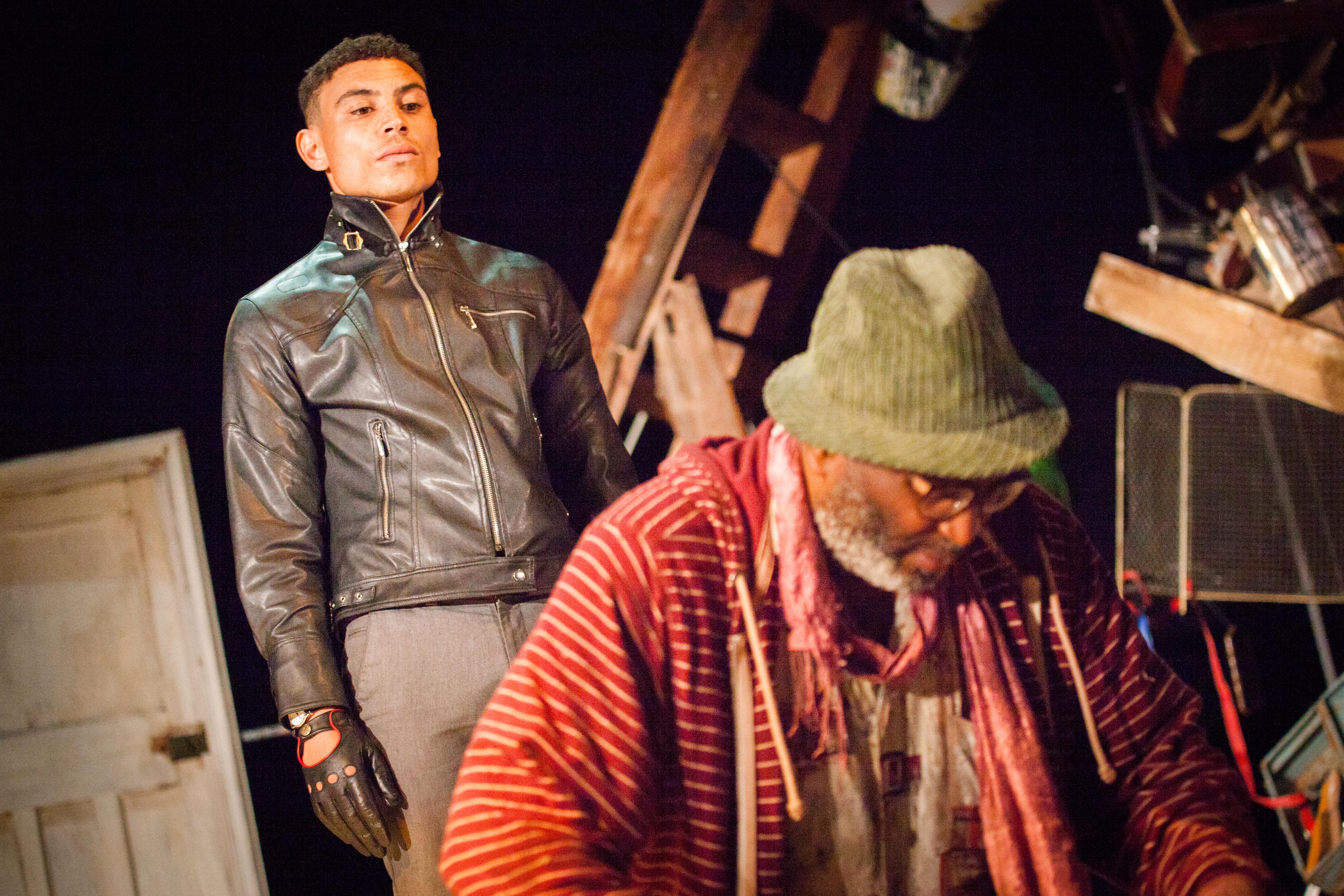 The stage is a beautifully crafted explosion of a squalid, dark and damp apartment designed by Oliver Townsend. The space is full of fixtures, fittings and nick-nacks that add to the chaos and claustrophobia of Haydon’s vision. 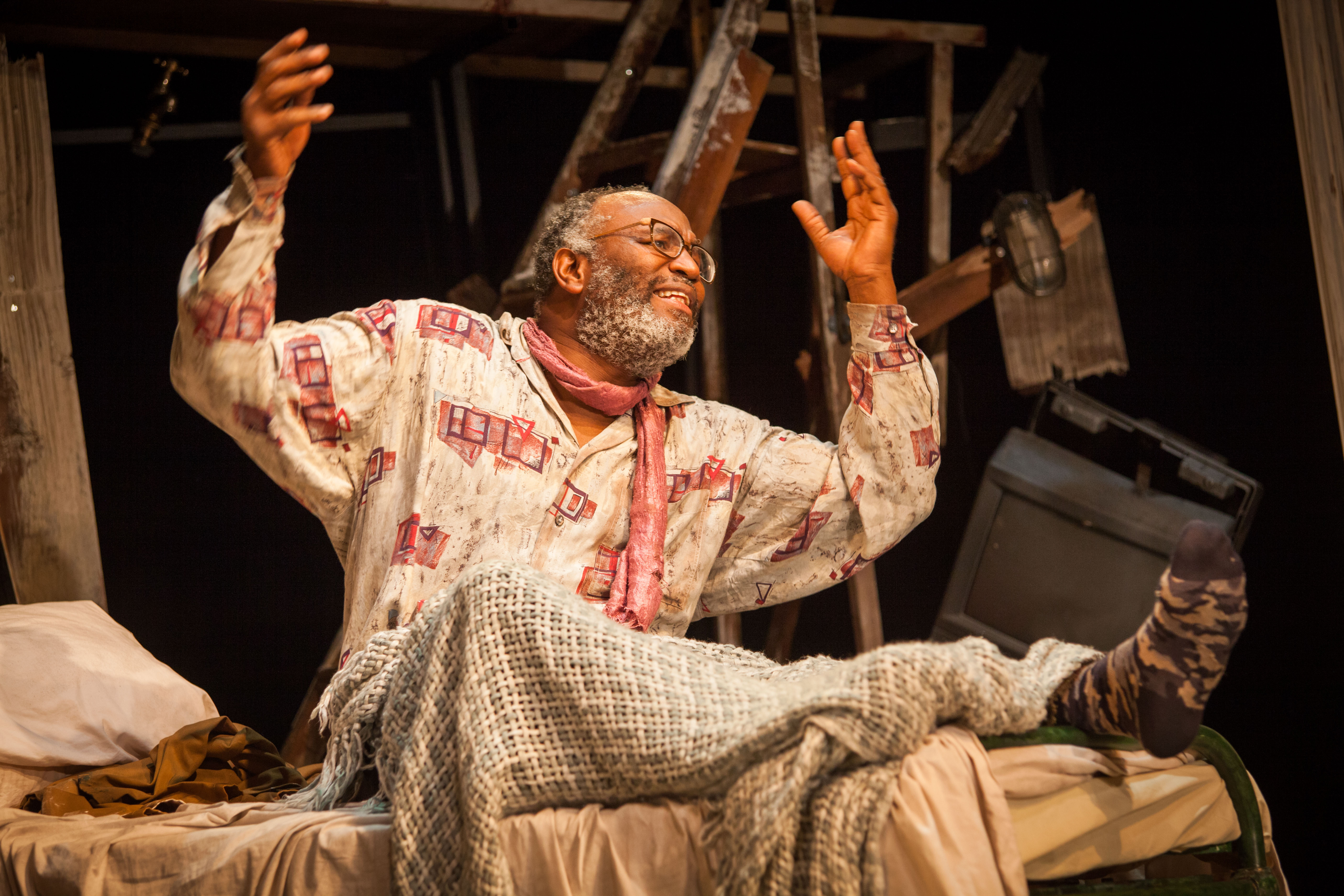 Haydon weaves together a version of The Caretaker that is relevant today, now. With issues of homelessness, race and mental health echoing through our daily lives, it has never been a better time to watch this and question our own response.

This isn’t simply a revival, it is a re-imagining. It is bold, terrifying and funny: a classic mixof the best elements of Beckett absurdism, Osborne anger and Orton grime. These are elements that always exist in Pinter’s writing but are all too rarely exploited. Haydon does this with startling effect.

This is a classic version of a classic play that demands and deserves to be seen.