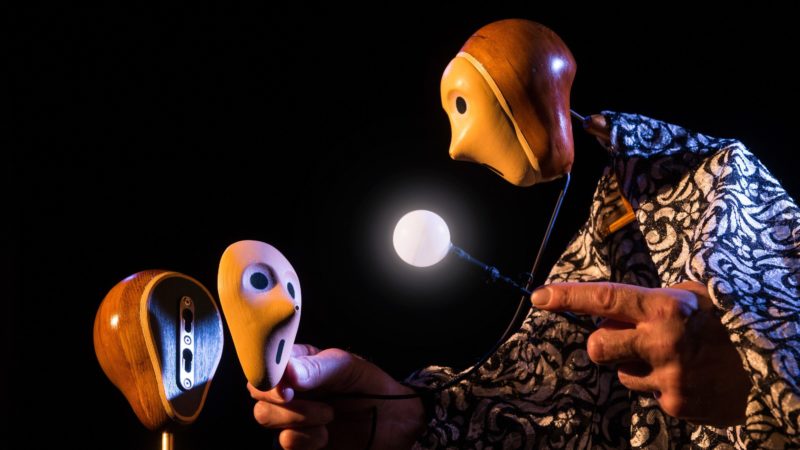 The opening weekend of the Bristol Festival of Puppetry offered two stylistically very different pieces, proving once again how important the festival is on the theatrical landscape.

Stephen Mottram’sThe Parachute (pictured) is inspired by the advances of stop-motion cinematography. By removing the actor and leaving the markers, Mottram has ingeniously capitalised on the concept of bodies in motion and, with just five glowing spheres, has created characters so simple in design that the spectator has no choice but to engage their imagination.

The opening minutes are designed to acquaint the audience with Mottram’s world; this is the character walking, climbing, skating. It is instantly charming, intimate, whimsical – and complemented by a wonderful soundtrack reminiscent of a silent movie.

Whilst there is a loose narrative about growing up, getting old and the cycle of life, the rest of the piece is a recycled loop of what has been done before and beyond the opening moments, it does tend to feel more like a workshop looking at what can be done with the technique rather than a tightly woven, episodic narrative – which is what it aims to be.

Set in a house in the 1980s, a woman revisits her childhood home – with all the baggage and ghosts attached to such a venture. 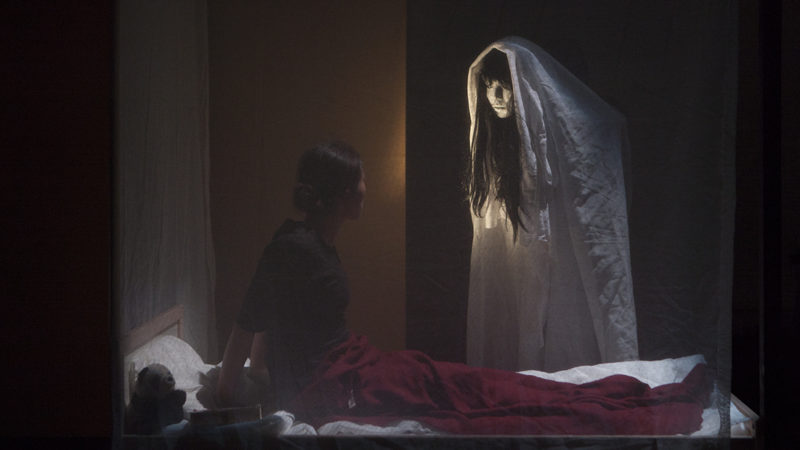 The show employs some nice theatrical touches with a two-way mirror, the slow opening door and an effective soundscape along with the familiar TV set to static. There is also a beautifully crafted relationship with the various puppets employed to create this ghoulish environment.

Fairly or unfairly, any show that places itself in the horror or ghost-story genre bears comparison to that show that has run in the West End and continues to tour: a show that, for the first 20 minutes, is so innocuous you can hardly believe the hype but, through silence and a slow-burning tension, manages to frighten the bejesus out of all who see it. There is no such build with Kwaidan.

There is so much hyperventilating from the start that all the fear is being experienced onstage, leaving nothing for anyone else. There are familiar moments of shock with the mirror, the cupboard and the drawers – but everything is telegraphed, which eliminates the element of surprise.

Whilst the results are mixed, the Festival once again displays a bold vision, working with people who push the boundaries of their form in brave and interesting ways.