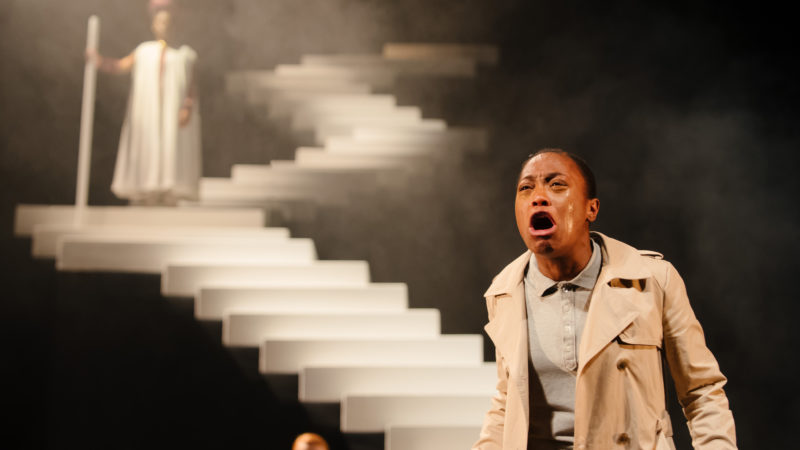 More often than not these days every theatre has at least one adaptation of a Greek classic as part of its season, and new versions are becoming the theatrical common cold. Everyone has one.

There is either the ‘bold retelling’ or the ‘modern, updated’ version. What sets George Mann’s Medea apart is that it expertly combines the two.

First up, there’s Maddy. Devastated by the news that her husband, Jack, has left her for another woman, she sets about trying to get her life back on track. The catalyst for the next stage of her life is the arrival of a book. Next there’s Medea and her ensuing domestic strife with Jason and the kids. 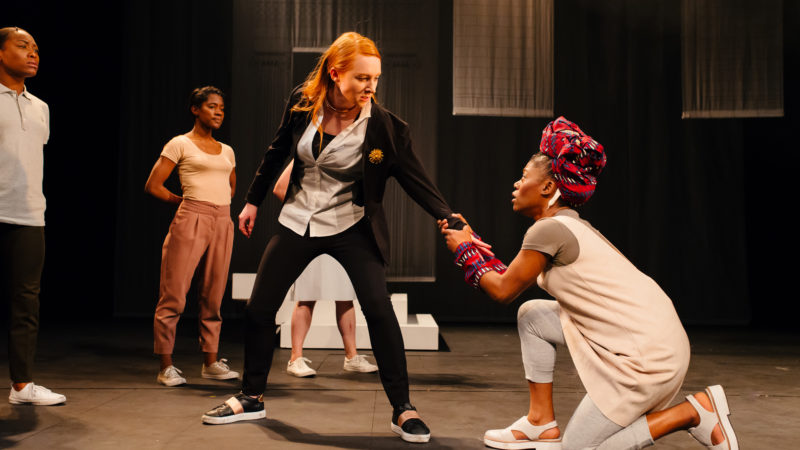 The two worlds shift back and forth with remarkable ease, often mid-scene, through some nifty theatrical sleight of hand. This is all made possible by Chino Odimba’s skilful writing of the modern story, and the weaving together of the new with Robin Robertson’s translated Euripides by director Mann and the company. 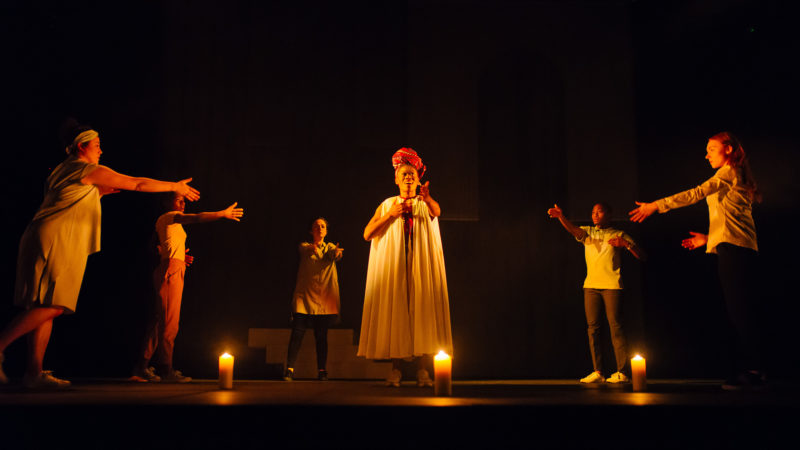 Not only is it exciting to see a cast of six bold, accomplished women on stage, it also highlights the beauty and the horror of the stories, both old and new. The cast never miss a beat and fill the beautifully designed stage with the epicness the story requires. The cast of six work as one, often getting their individual moment but always working together: however, the evening belongs to Akiya Henry for her heroic performance as both Maddy and Medea. You’d be hard pressed to pick a finer performance this year.

This is a gimmick-free, fearless adaptation told by a stellar ensemble. Stop looking. This is the Greek you’re looking for.

Medea continues at Bristol Old Vic until Saturday, May 27. For more info and to book tickets, visit www.bristololdvic.org.uk/medea.html